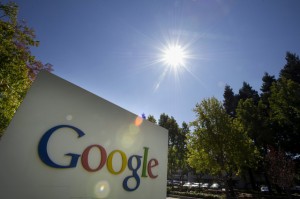 Google Inc. made an official statement, revealing that it has acquired the start-up Titan Aerospace, which is known for specializing in high-altitude drones powered by solar light. Purchasing Titan Aerospace would expand the companys reach all over the world providing it with access to a vast range of data services.

Google said that the new technology could be used for collecting images and for providing remote areas of the world with access to the Internet, but didnt reveal the price of the acquisition.

One of the companys spokesmen – Mr. Tim Drinan, said in a statement, which was cited by Bloomberg: “It’s still early days, but atmospheric satellites could help bring Internet access to millions of people, and help solve other problems, including disaster relief and environmental damage like deforestation. It’s why we’re so excited to welcome Titan Aerospace to the Google family.”

As reported by the Financial Times, Mr. Drinan added: “Titan Aerospace and Google share a profound optimism about the potential for technology to improve the world.”

Google Inc. is following the example of Facebook Inc., which acquired a dronemaker in order to facilitate offering network access to all areas of the globe. According to a person with knowledge of the matter, Facebook has been negotiating over the acquisition of Titan earlier this year, but Google offered a higher bid. Later, Facebook purchased the aerospace company Ascenta in a deal estimated to 20 million dollars.

With the acquisition of Titan Aerospace, Google Inc. has entered the competition of Web companies that has invested in drones and other flying machines. Google is said to focus on developing advanced material design for lightweight flying vehicles, as well as working on algorithms for flight planning and prediction of wind direction.

Titan Aerospace itself has explained that the drones it manufactures could be used for making high-resolution images of the earth surface in real time and for providing customers with a number of support voice and data services. Such a technology may prove out to be beneficial for the business of Google, especially for some of its divisions, such as the Maps unit for example.