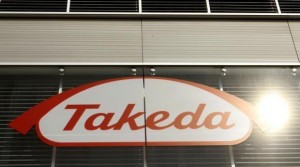 Takeda Pharmaceutical Co. Ltd, the largest drug manufacturer by revenue in Japan, was imposed a 6-billion dollar fine by a U.S. jury in punitive damages in a case associated with the companys diabetes drug Actos. The company was accused of hiding the cancer risks of the drug in question.

Earlier a payment at the amount of 1.475 million dollars in compensatory damages to Terrence Allen, a former Actos user, was also ordered by the courts jury in Lafayette, Louisiana.

Mark Lanier, the lawyer of the complainants said in an interview for Reuters: “Nobody has gone out and bought a new home. This is a conservative judge and a conservative court and shes very balls and strikes. Were not under any grand illusion.” As reported by Bloomberg, Mr. Lanier also said: “I hope Takeda executives in Japan heard what this jury had to say loudly and clearly.”

The company made an official statement, saying that it does not agree with the verdict and would challenge it through post-trial motions and an appeal. As reported by the Wall Street Journal, the Senior Vice President of the companys division located in the U.S. – Mr. Kenneth D. Greisman said: “Takeda respectfully disagrees with the verdict and we intend to vigorously challenge this outcome through all available legal means, including possible post-trial motions and an appeal.”

One of the spokeswomen of Eli Lilly, which is a co-defendant of Takeda – Ms. Candace Johnson made an e-mailed statement revealing that according to the company, Actos is an important option when it comes to type 2 diabetes medical treatment. Part of the e-mail written by Ms. Johnson was cited by Bloomberg: “While we have empathy for the plaintiff, we believe the evidence did not support claims that Actos caused his bladder cancer. We intend to vigorously challenge this outcome through all available legal means, including possible post-trial motions and an appeal.”

According to Financial Times, shares of Takeda Pharmaceutical Co. Ltd fell 5.16% to close at 4,572 JPY on the Tokyo Stock Exchange today, while companys one-year return rate was -9.11%. The media also reported that the 13 analysts offering 12-month price targets for Takeda Pharmaceutical Co. Ltd have a median target of 5,100, with a high estimate of 6,200 and a low estimate of 4,000. The median estimate represents a 5.79% increase from the last price of 4,821.