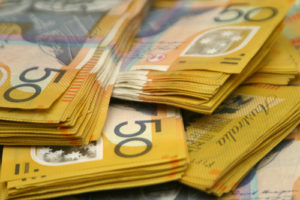 At 0:30 GMT on Monday the Australian Industry Group (AIG) is expected to announce the results from its survey on construction sector activity during March. The seasonally adjusted Performance of Construction Index for Australia came in at a reading of 44.2 in February. Values below the key level of 50.0 are indicative of contraction in activity. An improvement in the value of this indicator would provide a certain support to Australian dollar.

At 2:30 GMT on Monday the Australia and New Zealand Banking Group (ANZ) will publish data regarding the number of job advertisements in Australia in March. The corresponding index, based on a survey by ANZ, climbed 5.1% in February compared to January. An increase in the number of jobs would have a bullish effect on the Aussie.

Meanwhile, Japanese leading index probably slowed down to a reading of 108.8 in February from 113.1 in January. This indicator is used in order to forecast changes in economic conditions. It usually outruns nations coincident index by several months.

Japans coincident index probably fell to 113.4 in February from 115.2 during the preceding month. This indicator entirely coincides with the business cycle and therefore, it is used in order to reflect current economic conditions in the country. If the index tends to increase in value, this means that economy is gaining traction and vice versa. Higher than projected readings would be supportive for the yen. The official value is expected at 6:00 GMT on Monday.

On Monday, according to Binary Tribune’s daily analysis, in case AUD/JPY manages to breach the first resistance level at 96.38, it will probably continue up to test 96.80. In case the second key resistance is broken, the pair will probably attempt to advance to 97.08.