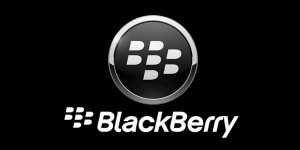 BlackBerry made an official statement, posting a smaller quarterly loss than previously expected by analysts. The result is considered to be due to the efforts of John Chen, who is the new Chief Executive Officer of the company. However, the companys revenue missed the analysts expectations and fell bellow 1 billion dollars for the first time in seven years.

BlackBerry posted a 423-million-dollar loss, or about 80 cents a share for the fourth quarter of the fiscal year that ended on March the 1st. The company also revealed that its fiscal fourth-quarter sales decreased by 18% to 976 million dollars. BlackBerrys revenue of 976 million dollars failed to reach the analysts forecast of 1.11 billion dollars. It is also 64% smaller than the one posted in 2012.

The Chief Executive Officer of the company – John Chen, who took over the position in November 2013 said in BlackBerrys statement, which was cited by Bloomberg: “BlackBerry in on sounder financial footing today with a path to returning to growth and profitability.”

Part of Mr. Chens words were also cited by the Wall Street Journal: “I am very pleased with our progress and execution in fiscal Q4 against the strategy we laid out three months ago. We have significantly streamlined operations, allowing us to reach our expense reduction target one quarter ahead of schedule. BlackBerry is on sounder financial footing today with a path to returning to growth and profitability.”

Only month and a half after he took the helm in November 2013, Mr. John Chen announced a deal between BlackBerry and Foxconn Technology Group. He also projects cutting about one-third of the companys workforce due to his belief that Blackberry will have a better future as a smaller but profitable devices and software manufacturer.

One of the analysts, who work for MKM Partners LLC – Michael Genovese also commented for Bloomberg: “They’re looking like they’ve successfully restructured this company for a better cost basis. But the next part after you do that is getting the revenue growth.” Mr. Genovese kept a neutral position about the companys stock.”