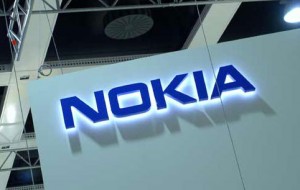 According to the Chief of the network-equipment business of Nokia Oyj, the company is now becoming more oriented towards increasing its sales collaboration with Juniper Networks Inc. The head of the division in question, however, said an eventual merger between the two companies was unlikely.

The Chief Executive Officer of Nokia Solutions and Networks – Rajeev Suri said in an interview at the Mobile World Congress, which was cited by Bloomberg: “We have a partnership with Juniper and we will seek ways to expand that partnership. Thats all.” When asked about the plans of Nokia Solutions and Networks for mergers and purchases, he added: “We dont have to do a deal for the sake of a deal. We will look for opportunities out there.”

This month the Manager Magazin reported that Rajeev Suri and the management of Juniper Networks Inc. had a meeting in order to discuss an eventual merger. However, at a separate event in Barcelona, Shaygan Kheradpir, the Chief Executive Officer of Juniper, announced that there werent any negotiations with Nokia Solutions and Networks about one. Mr. Kheradpir also said that he has been focused on bringing a new life to the company, whose market value is estimated to more than 14 billion dollars.

Mr. Suri revealed that it is possible for Nokia Solutions and Networks to make some smaller purchases. He also said that the networking equipment market is becoming more concentrated around the three largest vendors.

People familiar with the plans reported that in 2013 Nokia Solutions and Networks considered acquiring Alcatel-Lucent SAs wireless equipment unit. The company will receive 5.44 billion euro (7.5 billion dollars) in cash from its mobile-phone divisions sale to Microsoft Corp. The deal between the two companies is expected to be finalized until the end of the quarter.

In 2013 Nokia Oyj acquired full ownership of the Nokia Solutions and Networks venture from Siemens AG. More than 90% of the companys revenue will likely be generated by Nokia Solutions and Networks after the company finalizes the sale of its phone business. The company has not appointed anyone as a successor to Stephen Elop, but people with knowledge of the matter said that Mr. Suri is one of the candidates for the position of Chief Executive Officer.

Nokia Oyjs shares rose by 0.55% in Helsinki by 9:43 GMT to 5.44 euros, bringing the companys market capitalization to 20.2 billion euros.