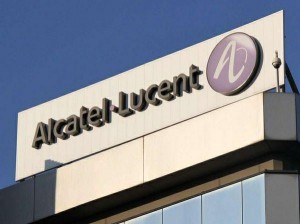 Alcatel-Lucent officially announced its first quarterly profit in two years after divesting some of its assets in order to stem losses. The company also revealed it had received an offer for a communications equipment unit.

Alcatel posted a net income estimated to 134 million Euro (181 million dollars), compared with its 1.56-billion-Euro loss in 2013. The company also said its operating margin increased by 5 percentage points to 7.8%, and Michel Combes, current Chief Executive Officer, promised the improvement will last. The companys revenue in the fourth quarter of 2013 experienced a small change and was estimated to 3.9 billion Euro, compared with analysts projections of 4.18 billion Euro on average.

The companys rivals, however, have chosen different strategies after facing slower carrier spending on the U.S. and Japanese markets following a wave of investments in faster, fourth-generation networks.

For example, Ericsson AB has focused on more attractive contracts, which proved out helpful to beat analysts four-quarter profitability forecasts. On the other hand, Nokia Oyjs equipment unit said that it expects decreasing profit margins in the current period, saying it is ready to sacrifice its earnings in order to revive sales.

Alcatel-Lucent also announced that China Huaxin made a binding offer for the enterprise business of the company. China Huaxin is said to have valued the unit, which posted a 764-million-Euro revenue in 2012, at 268 million Euro including debt. If accepted, Alcatel will keep a 15%-stake in the division. As reported by Bloomberg, Alcatel was having negotiations last month about the unit with some buyers, including a Chinese investor.

More than 350 million Euro of assets have been divested after Mr. Combes took the position of Chief Executive Officer in April 2013. He had promised to raise 1 billion Euro from asset disposals by 2015 and cut the companys expenses by another 1 billion Euro.

“We are just one semester into the plan, but the execution has been good so far. We’re well on track for our 2015 targets” Mr. Combes commented.