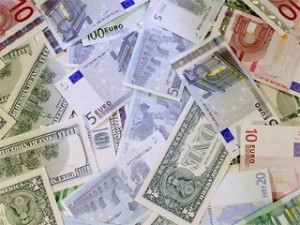 Reports on industry data about Germany, the largest economy in the Euro zone, showed that German economic sentiment improved more-than-anticipated in December.

The ZEW Centre for Economic Research reported that its index of German Economic Sentiment surged by 7.4 points to reach 62.0 in December, the highest since April 2006. Analysts had projected that the index will rise by 0.4 points to 55.0 from Novembers reading of 54.6.

Expectations for current economic conditions also increased by 3.7 points, reaching 32.4 in December. Median forecast of analysts pointed that the index will rise to 29.9 this month, while last months reading was 28.7.

Economic expectations for the Euro zone advanced 8.1 points in December to reach 68.3, beating analysts projections of 60.5 and up from a reading of 60.2 in November. The corresponding indicator for the current economic situation in the Euro zone also improved, increasing by 7.2 points to minus 54.4 in December from a month earlier.

A separate report by Eurostat showed the final harmonized consumer price inflation (CPI) remained steady at a seasonally adjusted 0.9% in November, compared to a year ago, unchanged from initial estimates and in line with expectations. Euro zone inflation increased by 0.7% in October.

The inflation rate is still below the European Central Banks target of levels close but just below 2%.

Meanwhile, yesterday Markit Economics reported that the preliminary value of its manufacturing PMI for the United States slowed down to a seasonally adjusted 54.4 in December from a final reading of 54.7 in November. Analysts’ forecasts pointed that the index will advance to a reading of 54.9 during the current month. Values above the key level of 50.0 are usually considered as an indication that activity in the sector has expanded.

The US dollar, however, received support after US industrial production registered a larger than projected increase in November, with the corresponding index advancing 1.1%, compared to a 0.1% increase in October. Experts had expected a 0.1% increase this month.

The Federal Reserve may begin to scale back its $85-billion-USD monthly asset purchases at the committee’s policy meeting on December 17th-18th, rather than wait until January or March, according to 34% of economists who participated in a Bloomberg survey on December 6th. In a survey a month ago 17% of respondents projected that a tapering may occur in December.

Later today, investors awaited the release of a US report on the index of consumer prices for November, accompanied by data regarding nation’s current account during the third quarter of the year.