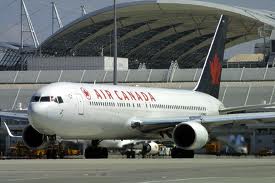 Airbus SAS and Boeing Co. have been leading a fierce battle over the supremacy in the biggest segment of the aircraft market for years. Finally, Airbus SAS was replaced as Air Canadas primary supplier of body-jets by Boeing Co., which won a grand order estimated at 6.5 billion dollars for its 737 Max model. The order consists of 33 units of 737s Max 8 version, and 28 units of the larger 737s Max 9s version.

The order in question was a great blow to Airbus, which have been competing with Boeing for years. The company invested a lot of money in the development of the 86 A320-family planes. It is also offering the re-engined neo, which has been considered as the Maxs greatest competition.

Chris Murray, an analyst working for AltaCorp Capital said on the occasion: “They made the best total decision for the next few decades. The Max is the plane that our grandchildren will be flying on.”

Yesterday, Air Canada announced that the 61 planes are expected to arrive in 2017, when Boeing Co. is planning to start the deliveries of its upgraded 737 model line. This model line is currently the most widely flown jetliner in the world. The Maxs win puts an end to the Airbus narrow-body jets sales momentum.

At the same time, Bombardier Inc., which is currently trying to sell its CSeries may have been thrown a lifeline by Air Canada. On December 10th, the head of Bombardiers commercial aircraft unit announced that the company is having negotiations with Air Canada regarding a potential CSeries order. Such an agreement invokes Boeing to buy as many as 20 of the carriers 45 Embraer E190s. This model is expected to be replaced with some other narrow-body leased aircrafts until the delivery of the 737s becomes a fact.

Brad McMullen, the commercial vice president for North American sales of Boeing, explained: “We know the 737 Max will provide the airline and its customers with an experience that cant be matched.”

The order will also have another beneficial effect. Air Canada will be able to reduce fuel burn and maintenance costs by more than 20% for each seat flown a mile when the 737 Max is delivered.