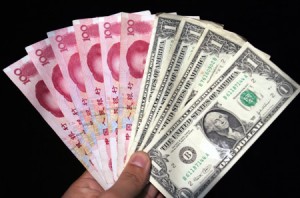 The yen rebounded from yesterdays 6-1/2-month lows against the US dollar on upbeat data from Japans machinery industry.

On Wednesday, the Japanese Cabinet Office released a report on Core Machinery Orders, showing that the Japanese machinery industry is expanding at a faster-than-expected pace. Machinery orders grew by 0.6% in October, compared to 2.1% decline in September. Analysts median forecasts were predicting a 0.7% increase this month. Core Machinery Orders rose by an annualized 17.8% in October from 11.4% gain in September. Analysts projections pointed to a 15.1% increase.

The yen had weakened 19% this year, the largest decline among 10 developed-nation currencies tracked by Bloomberg Correlation-Weighted Indexes, while the dollar had gained 2.9% in the same period.

Mitul Kotecha, global head of foreign-exchange strategy at Credit Agricole CIB in Hong Kong, said, cited by Bloomberg: “Close to 103, there’s a sense that the momentum in dollar-yen has faded a bit, U.S. yields have moderated in recent days, and I think that means the upside momentum for dollar-yen has faded as support from yield differentials has slipped over recent days.”

Meanwhile, Federal Reserve Bank President for St. Louis James Bullard remarked on Monday that Fed tapering may be just around the corner, after employment data in the United States demonstrated a certain improvement.

“A small taper might recognize labor market improvement while still providing the Committee the opportunity to carefully monitor inflation during the first half of 2014”, James Bullard said in prepared remarks. “Should inflation not return toward target, the committee could pause tapering at subsequent meetings.”

The minutes of FOMC’s meeting in October pointed that Federal Reserve officials may reduce their $85 billion in monthly bond purchases “in coming months” as the economy improves. Central bankers are set to reconvene on December 17-18th.

The Federal Open Market Committee (FOMC) may begin to scale back the 85-billion-USD monthly asset purchases at the meeting on policy on December 17th-18th rather than wait until January or March, according to 34% of economists, participated in a survey conducted by Bloomberg on December 6th. In November’s survey 17% of respondents projected a tapering in December.

“This looks like a deal that, at the margin, adds to the probability that the Fed will feel confident in starting the QE tapering process next week, assuming that the House is going to get this passed this week and the Senate next week,” said Ray Attrill, the global co-head of currency strategy at National Australia Bank Ltd. in Sydney, cited by Bloomberg. He added that “In itself, I would say it’s dollar-positive.”