Skip to content
Home  »  Stock News   »   Starbucks shares fall the most in nine months on Friday, 10 000 refugees to be hired by the company over five years 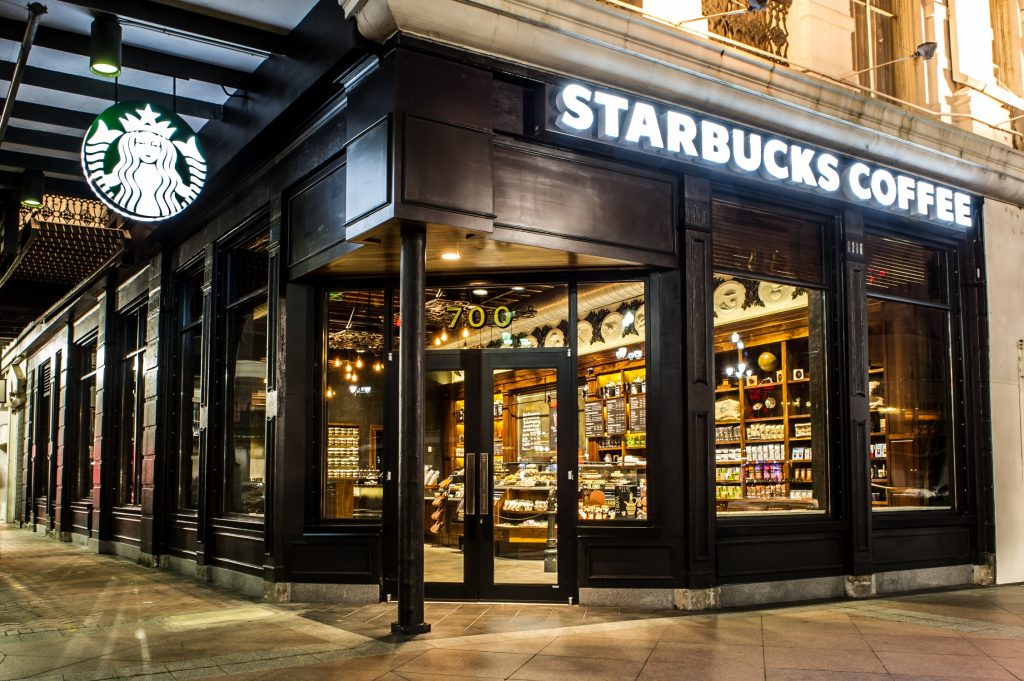 On January 29th Howard Schultz, the Chief Executive Officer of Starbucks Corporation (SBUX), announced that the coffee chain intended to hire 10 000 refugees in 75 countries within a period of five years. The announcement came two days after US President Donald Trump signed an executive order, by which travelers from Syria and six other Islamic countries will temporarily not be allowed to enter the United States. This act, which brought about criticism globally, was meant to prevent potential terrorist threats.

Starbucks shares registered their largest daily slump since April 22nd 2016 on Friday, while also marking a second consecutive session of losses. The stock went down 4.00% ($2.34) to $56.12, after touching a daily low at $55.65, or a level not seen since January 4th ($55.38). In the week ended on January 29th the shares of the coffee retailer lost 2.67% of their market value compared to a week ago, which marked a second consecutive period of decrease and also the worst performance since the week ended on September 11th. The stock has pared its advance to 1.08% so far during the current month, after falling 4.23% in December. The latter has been the largest monthly drop since last April. For the entire 2016, the shares of the NASDAQ-listed retailer lost 7.51%.

According to Schultz, the companys hiring efforts would be initiated in the United States, with the focus being set at first on persons who have served with the US military as interpreters and support personnel in all the countries where such support has been required.

Starbucks Chief Executive, who is to retire from this post in several months time, also noted that in case the Affordable Care Act was repealed, leading to employees losing health care coverage, they could return to health insurance via Starbucks Corp.

With Howard Schultz stepping down as CEO, his role is to be assumed by Kevin Johnson, the companys Chief Operating Officer. Johnson is to become executive chairman in April.

With the help of the Camarilla calculation method, todays levels of importance for the Starbucks stock are presented as follows:

By using the traditional method of calculation, the weekly levels of importance for Starbucks Corporation (SBUX) are presented as follows: