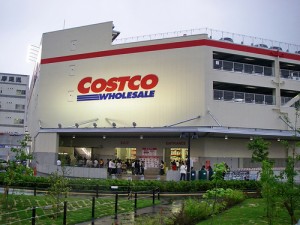 Costco Wholesale gave investors a glimpse into how it fared in a challenging retail environment heading into the holiday season as the largest U.S. warehouse-club chain, reported fiscal first-quarter profit that trailed analysts’ estimates even as sales climbed as it offered greater discounts.

Analysts were off on target, predicting Costco would step up the pace in profit growth it saw in Q4 and would also show an acceleration in its top-line gain as well. Experts, polled by Thomson Reuters expected it to see an 8% rise in earnings to $1.03 a share. They forecast revenue, including membership fees, was going to grow 7.2% to $25.4 billion after a 1% increase the prior quarter.

Net income in the quarter ended November 24 rose to $425 million, or 96 cents a share, from $416 million, or 95 cents, a year earlier, the Issaquah, Washington-based company said today in a statement. Analysts projected profit of $447.5 million, according to data compiled by Bloomberg.

“Costco sales have been up and down this year and were hurt by falling gas prices,” Ken Perkins, president of Retail Metrics. noted in a report.

For the twelve-week first quarter ended November 24, the company reported net sales of $24.47 billion, an increase of five percent.