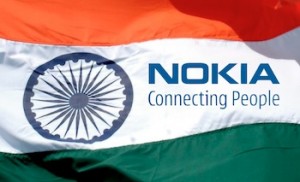 Nokia Oyj is one of the largest international mobile communications companies. It operates a network of production facilities for mobile products and network infrastructure plus a network of sales and customer service, as well as research and software development facilities all over the world.

The company officially announced that it is ready to invest about 487 million dollars in order to transfer a factory located in India to Microsoft Corp. The money will be paid to Indias tax authorities to enable the deal between the two companies.

The Government of Infia have announced an amount of about 117 million dollars to be paid as a condition of allowing the assets shift, which includes the manufacturing plant in question, which is located in Chennai. Although the offer is not public, Nokia Oyj seems ready to pay at least 370 million dollars on top of the already announced “fee”.

In September, the Government of India froze the assets as a result as a tax dispute, which took place earlier. At the same time, Nokia announced that it a 3.44 billion-euro deal is about to be finalized between it and Microsoft. The company agreed to transfer its mobile-phone business to Microsoft Corp. in order to be able to focus more successfully on its network equipment. From the company also announced that a new buyer for the handset units assets might be looked for if the transfer does not happen as soon as possible.

Nokia also made an e-mail statement, explaining its commitment to getting its assets unfrozen. The company also officially asked the Government and tax agency for finding an urgent solution of the situation. The problem is that if the “ban” continues beyond December the 12th, the transfer of the Nokias factory may not be completed. There is a hearing in the Delhi High Court, which is scheduled for to day and which is supposed to make clear what happens from now on.

Nokia is not the only company, which India has also a tax dispute with. Vodafone Group Plc. Is also considered to owe a tax estimated to 2.2 billion dollars. Nokia has been ordered to pay more than 340 million dollars in missing taxes by Indias government.