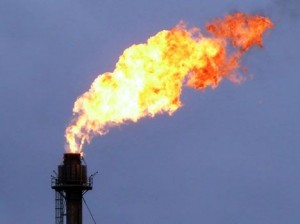 Natural gas hit a fresh 6-1/2-month high as weather forecasts continued to call for bitter cold temperatures and heavy snows and ice across much of US, increasing demand for natural gas. Thursday’s EIA report for the week ended November 29th showed a record November withdrawal in US gas inventories, which continued to support the market.

NatGasWeather.com forecast a winter storm to track across the US over the next 7 to 10 days, as numerous weather systems mix together. Each system will tap into a fresh dose of cold Canadian air, keeping much of the northern US with below normal temperatures, leading to continued high natural gas demand. The latest blast of freezing cold temperatures will be pushing into the South, with bitter cold temperatures reaching as far as Texas. Further to the north, another round of snow and ice will hit the Ohio Valley and Northeast with chilly rains toward the Southeast. The Arctic grip already began to loosen across the West and South tonight through Thursday.

The Northeast and Midwest will remain in the cold air through around the 16th, when much of the south-central US warms to near or above normal. However, the high heating demand states of the Midwest and Northeast will only see a brief and moderate warming on the 17th-18th before going right back in the freezer around the 20th-21st.

NatGasWeather.com’s extended forecast for the week ending December 23rd called for a transition period for the US, as high pressure formation over the southern and central parts of the country will prevent any additional Arctic blasts to develop further than Southern Canada. Parts of the Midwest and Northeast will still experience chilly conditions, while the south will warm considerably. New cold blasts may probably return on US territory after December 20th, especially across the Midwest and Northeast, which will hold until at least the 25th.

Teri Viswanath, director of commodities strategy at BNP Paribas SA in New York said after the EIA data release, cited by Bloomberg: “The records show that we’ve had only three other occasions in November where we’ve witnessed withdrawals of 100 billion cubic feet or greater, investors are going to be reluctant to short the gas market in the face of such constructive fundamentals.”