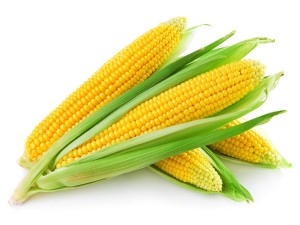 Grain futures were mixed on Tuesday, with wheat touching the lowest since September 16th, while soybeans advanced. Corn fell as well.

Wheat plunged 16% this year as the US government estimated global output will reach a record-high boosted by increased harvests in Canada, Australia and Russia.

Global wheat output rose to a record high for a fourth time in six years, contributing to a global grain glut and pressuring prices.

According to a report by the World Trade Organization released on December 5th, wheat output will surge 7.7%, reaching 711 million metric tons in the year ending May 30th, the biggest increase since 2009.

Meanwhile, a Societe Generale SA prediction, cited by Bloomberg, showed Chicago futures will drop 5.7% to $6.10 a bushel by the second quarter.

The three largest exporters after the US – Canada, Russia and Australia raised their estimates for harvests in December. The International Grains Council reported last week that grains output will keep rising through 2019.

On December 3rd, the Australian Bureau of Agricultural and Resource Economics and Sciences (ABARES) revised its crop estimates upward to the third-biggest on record.

On December 4th, the government of Canada raised its forecast for domestic wheat output. The crop is expected to reach 37.5 million metric tons, up from September’s outlook of 33 million tons and 38% higher than a year ago.

On the same date, the Russian Ministry of Agriculture reported a wheat production of about 54.1 million tons this year, up from last years crop of 39.7 million. The Russian government estimated a 53.7 million harvest on November 5th.

HSBC Holdings Plc. said in its report on December 2nd that increasing global supplies will pressure crop prices until the end of the year.

DTN’s December 9th weather forecast called for cold weather in the Midwest to remain in the next few days, before moderating somewhat. On Friday, there will be more precipitation, especially through southern and eastern areas. Winter wheat is likely well established through the Central and Southern Plains region at this time. However, recent very low temperatures may have been cold enough to harm some unprotected wheat in northeast Colorado and southwest Nebraska.

Traders awaited the release of the USDA report today, but the government agency couldnt update its weekly global grain and oilseed forecasts, because its Washington offices remained closed today due to snow.

In Brazil, yesterdays thunderstorms and rain will maintain favorable soil moisture for earlier-planted crops while delaying the harvest effort for winter wheat and final planting of soybeans, DTN reported. The weather now looks drier and warmer for southern crop areas.