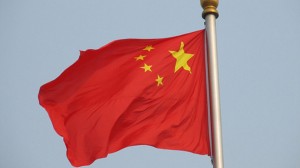 Chinas exports rose more than expected in November and widened the nations trade surplus to the highest in more than four years, adding to a recent series of upbeat data which suggested the governments 7.5% annual growth target will likely be met.

Chinas General Administration of Customs said today in Beijing that outbound shipments surged by an annualized 12.7% last month, the biggest gain since April, fueled by strong demand from abroad. Analysts expected a moderate increase to 7.1%, up from Octobers 5.6% gain.

The figures reflected increased exports to the U.S., Europe and South Korea, indicating robust global economic recovery and activity picking up. Shipments to the United States surged by 17.7% in November from a year earlier, the biggest increase since mid-2012, while exports to the European Union rose by 18.4%, the most in more than two years.

Louis Kuijs, chief China economist at Royal Bank of Scotland Group Plc in Hong Kong, said in a note, cited by Bloomberg: “There are signs that the global activity and trade cycle is gaining momentum, driven by the recovery in high-income countries. China’s exporters are benefiting from that.”

The report also showed that imports rose at a slower pace than expected last month, but still posted a solid expansion, another sign that global trade activity is picking up. Inbound shipments jumped by 5.3% on an annual basis in November, trailing expectations for a 7.2% increase after posting at 7.6% in October.

This drove the Asian nations trade surplus to $33.30 billion dollars, the highest since January 2009. The gap was expected to narrow to $21.70 billion, according to analysts projections, down from $31.10 billion in October.

Todays upbeat readings suggested the worlds second biggest economy remains on track to meet the governments 7.5% growth target for 2013 and surely exceed the 7.2% milestone, which Premier Li Keqiang has set as a minimum in order to sustain the labor market and ensure stable employment.

Last week, China’s National Bureau of Statistics reported that the nation’s Purchasing Managers’ Index was unchanged at 51.4 in November from a month earlier, which was an 18-month high, defying analysts’ projections for a decline to 51.1.

The better-than-expected reading was also largely based on firm domestic and foreign demand. A gauge of output rose to 54.5 from 54.4 in October, while new export orders jumped to 50.6 from 50.4. An index measuring employment gained for a second month to 49.6, the strongest reading since March.

A separate private survey also showed better-than-expected manufacturing activity, confirming the government statistics. The Chinese HSBC Manufacturing PMI jumped to 50.8 in November from 50.4 in October, the second highest reading in eight months, beating analysts’ predictions for a minor advance to 50.5.

The report, prepared by HSBC and Markit Economics, signaled a further improvement of operating conditions, although marginal. Output and total new orders increased at the fastest rates in eight months, the survey revealed, but renewed job cuts led to a solid increase in outstanding businesses, offsetting last month’s slight expansion in payrolls. However, the job shedding was only marginal with some panellists citing down-sizing policies and the non-replacement of voluntary leavers.

Michael McCarthy, a chief strategist at CMC Markets in Sydney, commented on the manufacturing report, cited by Bloomberg: “What we’ve seen over the past few months is a clear steadying of the growth outlook in China. The idea of a hard landing, which was damping energy demand, has now all but dissipated.”