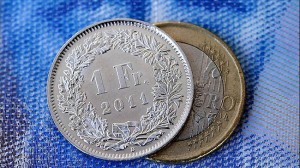 The annualized final consumer inflation in the Euro zone, evaluated in accordance with Eurostat’s harmonized methodology, probably confirmed the preliminary rate at 0.3% in November, which was reported on November 28th. If confirmed, this would be the lowest level of the Harmonized Index of Consumer Prices since September. In October the final HICP reading pointed to annual inflation rate of 0.4%, which matched the preliminary estimate. According to the preliminary data, among the main components of the HICP, services is expected to have the highest annual rate in November (1.1% compared to 1.2% in October), followed by food, alcohol & tobacco (0.5% or unchanged in comparison with October), non-energy industrial goods (0.0% compared to -0.1% in October) and energy (-2.5% compared to -2.0% in October).

The index shows the change in price levels of a basket of goods and services from consumer’s perspective and also reflects purchasing trends. The main components of the HICP are food, alcohol and tobacco (accounting for 19% of the total weight), energy (11%), non-energy industrial goods (29%) and services (41%).

The HICP is used to evaluate and compare inflation rates between Member States, according to Art. 121 of the Amsterdam’s Agreement and directives by the European Central Bank (ECB), in order the latter to achieve price stability and the implementation of monetary policy. The HICP aggregates are calculated as a weighted average of each member state’s HICP components.

In case the HICP slowed down more than anticipated, thus, distancing from the 2% inflation objective set by the ECB, this would mount selling pressure on the euro, because of the greater possibility of expanding the set of monetary policy measures in order to stimulate economic activity.

The annualized final Core HICP for November probably matched the preliminary core inflation estimate, which was reported at 0.7% on November 28th. In October the final annualized core inflation in the Euro area was registered also at 0.7%. This index excludes volatile categories such as food, energy, alcohol and tobacco. Eurostat is scheduled to release the final inflation data at 10:00 GMT.

At 10:00 GMT the ZEW Institute is to announce the official Economic Sentiment index reading in December. In November the index improved to -7.6 from -30.7, registered in the preceding month. Octobers value has been the lowest since September 2012, when the gauge came in at -34.9. The ZEW (Zentrum für Europäische Wirtschaftsforschung) economic expectations index is published on a monthly basis. The study encompasses up to 350 financial and economic analysts. The indicator reflects the difference between the share of analysts, that are optimistic and those, that are pessimistic about economic development in Switzerland over the next six months. A positive value indicates that the proportion of optimists is larger than that of pessimists. A ZEW reading of -100 suggests that all analysts are pessimistic about the current developments and expect economic conditions to deteriorate. A ZEW reading of 100 implies that all analysts are optimistic about the current situation and expect conditions to improve. A ZEW reading of 0 indicates neutrality. In case the ZEW index marked a fourth consecutive month of being into negative territory in December and if it fell more than in the prior month, this would have a bearish effect on the franc.

At 14:00 GMT the Swiss National Bank (SNB) is expected to release its Quarterly Bulletin for Q4. Published since 1983, it contains a report on banks monetary policy as well as a report on business cycle trends during the current period. Both reports are used by the Governing Board for its quarterly assessment. The Bulletin also includes special reports such as the ”Exchange rate survey” by the SNB regional network and the ”Chronicle of monetary events”.

According to Binary Tribune’s daily analysis, the central pivot point for the pair is at 1.2009. In case EUR/CHF manages to breach the first resistance level at 1.2010, it will probably continue up to test 1.2012. In case the second key resistance is broken, the pair will probably attempt to advance to 1.2013.