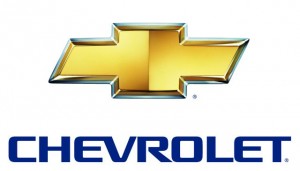 General Motors Co. is the worlds second-largest automobile company, which develops, manufactures and markets cars, trucks and parts. The company announced that it will withdraw its Chevrolet brand from the car market in Europe. This is the outcome of a 10-year-long brand strategy, which proved itself unsuccessful to make a commitment with the customers of General Motors. Moreover, the crisis in the car sales on the European market also influenced on the campaigns final results.

The Chevrolet brand will be withdrawn from the market in eastern and western Europe until the end of 2015. In the same time, General Motors Co. plans to invest the recouped resources in the Opel and Vauxhall brands, which are currently performing better on the European market than the Chevrolet brand. The vice-chairman of General Motors – Steve Girsky, said on this occasion: “This is basically an admission that we are getting good traction with Opel and Vauxhall. The Chevrolet Europe results were unacceptable and so lets redeploy the resources where we can get an acceptable return.”

The car demand collapse on the European market influenced not only on General Motors, but also on some mass-market manufacturers such as Renault, Peugeot and Fiat. The withdrawal of the Chevrolet brand cant happen immediately, because European regulations demand General Motors to continue retailing its brand for two more years.

Chevrolet is currently the fourth-largest global automotive brand. It was once again released on the European market by General Motors in 2005, but the brands overall sales in Europe fall for six years in a row now. General Motors initial intention was to release the brand as a competition of Hyundai, Skoda, Dacia, etc., which are some of its low-cost rivals. Unfortunately, the strategy proved to be quite unsuccessful, which is the reason for the decision of withdrawal taken by General Motors.

Steve Girsky explained that despite some analysts call General Motors Chevrolet strategy a failure, the company does not consider it as such. He said: “I would not call it a mistake. The mistake would be to continue to throw resources at a business where we do not get traction.”