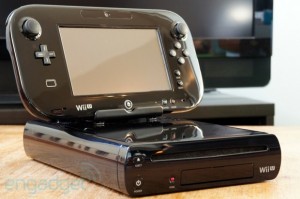 Recent market analysis have shown that, after Sony Corp. and Microsoft Corp. have both managed to sell more game consoles in 24 hours than Nintendo Co. did in the last nine months, the chances of Nintendo to meet its profit and justify its sales forecasts sharply decrease.

The more family-focused content of Nintendo seems to become less attractive. A large number of people prefer their smartphones and tablets when it comes to playing games, and the real hardcore players tend to prefer the devices offered by Sony and Microsoft, who are two of the leading companies in the business. Moreover, Nintendo also doesnt find it necessary to provide its customers with a series of mobile devices games that include some of its most iconic characters like Super Mario and Zelda, which inevitably influenced on its profits.

In October, the president of the company Satory Iwata said he expected the company to meet the forecasts for a full-year operating profit of 974 million dollars and the Wii U sales of 9 million units.

However, considering the current situation, most analysts are pretty sceptical about the final results and expect the companys full-year profit to be about half of the originally intended one. Wedbush Securities Inc.s analyst Michael Pachter said: “They steadfastly refuse to consider that the product is not interesting to consumers. They will fail to hit 9 million, and they will likely miss their profit goals.”

Nintendo probably counts on its new versions of “Super Mario Bros.” and “The Legend of Zelda” to increase its sales of the Wii U device, as well as its portable 3DS during the holiday season. This statement is also supported by the fact that the company has already reduced Wii Us price by 50 dollars in the U.S. As a part of its holiday campaign, Nintendo also distributed more than 100 Wii U devices to the passengers of Southwest Airlines Co., who were flying from New Orleans to Dallas on November the 26th.

However, these steps proved to be insufficient, because Nintendo only managed to sell 460,000 copies of the Wii U device from March to September this year, which is only about 5 percent of its overall target for the financial year. This amounts to a 8-billion yen net loss of the company, which will inevitably have quite a negative impact on profits.