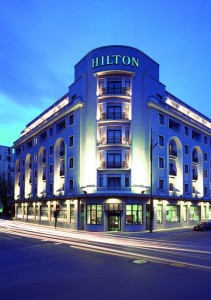 The McLean, which is one of the largest hotel operators and shareholders of the company, based in Virginia, intend to sell 112.8 million shares at a price of 18-21 dollars each. Hilton is known as the largest hotel company in the world, which has more than 4,000 properties. Its goal is selling 64.1 million of the total in order to facilitate bringing back 1.25 billion dollars of its debt. On the other hand, Blackstone, which is based in New York does not currently intend to sell any stocks.

Hilton has eventually refinanced about 13 billion dollars of its debt. This resulted in rebinding the chain in hotel occupancies and rates, and now Blackstone is taking it public. However, the fact that Christopher Nasseta, who is the Chief executive Officer of Hilton managed to increase the open rooms number by 34% in the last six years, is also not to be underestimated. Of course, most of the chains open rooms are located in franchised and managed hotels overseas, which means minimal capital investment required. On this occasion, Dew Babin, who is a senior lodging analyst working for CBRE Clarion Securities in Radnor, Pennsylvania said: “The things he talked about doing, hes delivered on. Hilton has been doing these massive things under the radar.”

The initial public offering starts today, according to the schedule obtained by Bloomberg News. The Hilton executives, led by Nassetta are going to travel to New York, Boston, Chicago and Dallas in order to meet some potential investors. The price of the initial public offering is planned to be set on December the 12 after the close of the trading. The company will have a stock-market value, which is expected to be larger than the one of Starwood Hotels & Resort Worldwide Inc., Marriott International Inc. and Hyatt Hotels Corp. The estimate of Hiltons stock-market value is about 19.2 billion dollars.

Moreover, the initial public offering of Hilton may become the second-largest one in the United States this year, after the IPO of Plains GP Holdings LP, which is an affiliate of an oil and gas pipeline company. It is also possible to raise as much as 2.7 billion dollars in case that there are extra shares sold in order to meet customers demand. This means Hiltons initial public offering may become the largest one in the history of lodging business.

The head of the Americas division of brokerage Jones Lang LaSalle Inc. – Mr. Arthur Adler said: “Theyre growing in Asia, South America and a lot of these emerging markets. The U.S. Market is a very mature market. Offshore is still kind of nascent.” He also believes that Hilton will become attractive to more investors thanks to its potential of growing overseas.

The profit of Blackstone

Hilton was bought by Blackstone for 26 billion dollars in October 2007. This makes Hilton the largest investment of Blackstone, considering the fact that company put in about 6.4 billion dollars of its equity when buying Hilton. No matter what the prognosis said, the deal proved to be quite successful, especially when the market rebounded from the credit crisis.