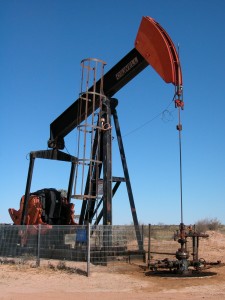 West Texas Intermediate crude rose on Friday as investors covered their short positions and sold off the contracts discount to Brent but settled the month lower, marking the longest monthly losing stretch since January 2009. Market players weighed rising U.S. stockpiles and record-high domestic output against a decline in heating fuel stockpiles ahead of the winter season. Brent fell on Friday but settled the month higher, supported by ongoing protests and clashes in Libya, the holder of Africas biggest crude reserves. However, a groundbreaking interim deal between Iran and six world powers on Sunday pressured prices, despite analysts not seeing any new barrels of Iranian oil coming to the global market immediately. Prices also drew support after Standard and Poors confirmed Chinas sovereign credit rating.

Meanwhile on the ICE, Brent futures for settlement in January declined by 0.66% to $110.13 per barrel on Friday and held in a range between $111.50 and $109.63 per barrel. The European benchmark slipped nearly 0.5% this week but rose 1% in November. Brents discount to its U.S. counterpart rose to $19.01 a barrel on November 27, the widest in eight months based on closing prices.

The Energy Information Administration said in its weekly report on Wednesday that U.S. crude oil inventories jumped for a tenth consecutive week in the seven days through November 22 as domestic output surged to the highest in 25 years.

Crude inventories rose by 3 million barrels last week, exceeding the median estimate of 11 analysts surveyed by Bloomberg for a 750 000 barrels increase. At 391.4 million barrels, inventories were at the highest level since June and above the upper limit of the average range for this time of the year. This was also the highest level for November since the government began tracking supplies in 1982.

Stockpiles at Cushing, Oklahoma, the biggest U.S. storage hub and delivery point for NYMEX-traded contracts, rose by 676 000 barrels to 40.6 million, the most since July.

U.S. crude production surged by 45 000 bpd to 8.02 million bpd, reaching the highest level in almost 25 years. Increasing U.S. self-sustainability resulted in declining imports. Inbound shipments were at 7.7 million barrels per day last week, down 145 000 bpd from the preceding period. Imports averaged 7.7 million bpd over the last four weeks and were 3.5% below the same period a year earlier.

Also weighing on prices, a recent series of upbeat U.S. data spurred speculations for an earlier-than-expected Fed stimulus tapering. The Federal Reserve revealed last week that it might be trimming the record-high stimulus “in the coming months”, if the economic recovery starts moving in the right direction. Fed minutes showed that policy makers “generally expected that the data would prove consistent with the committee’s outlook for ongoing improvement in labor market conditions and would thus warrant trimming the pace of purchases in coming months.”

The oil market, and especially the Brent benchmark, continued to draw support after recurring protests and clashes in Libya, the holder of Africa’s biggest crude reserves, kept output and export levels at a fraction of their capacity.

The latest event in a series of accidents led to the death of more than 40 people who were killed in an explosion at an army depot in southern Libya after locals tried to steal ammunition. Libyan oil workers were negotiating with armed protesters to reopen the second largest-terminal in the east amid ongoing frustration against militias controlling parts of the country.

Libya’s Prime Minister Ali Zeidan said earlier in the week the government may not be able to pay civil servants’ salaries and may have to seek loans if militias continue to block oilfields and export terminals, crippling the nation’s production and exports, its main source if revenues.

Libyan civil servants, oil workers and private sector employees went on a strike in the port city of Benghazi on Tuesday, protesting against insufficient security after clashes between the Libyan army and armed militants in Benghazi on Monday resulted in the death of at least nine people.

A Bloomberg survey of oil companies, producers and analysts showed that Libyas output probably fell to 210 000 barrels per day in November, the lowest level since September 2011. According to the poll, OPECs output fell by 245 000 bpd to an average 30.007 million from 30.252 million in October.

The group is expected to raise its crude exports by 700 000 barrels per day to 24.05 million in the four weeks to December 14, according to Oil Movements, a Halifax, England-based tanker tracker.

However, if prices were to fall too much, as in Brent plunges to around $85 per barrel, the group may reduce its output in order to defend prices of around $100 as many exporters target that level to support their budgets.

Prices however remained under pressure after Iranian diplomats and their counterparts from six world powers struck a groundbreaking diplomatic agreement on Sunday on curbing the Islamic republic’s nuclear program in exchange for a relief in tough economic sanctions, including easing the trade in oil with the country’s six remaining trade partners. Investors however did not expect any additional barrels of Iranian oil to enter the global market immediately, which limited the impact on pricing.

But both benchmarks drew some support by upbeat economic data from Japan, Europe and Canada. Inflation accelerated in Japan and the single currency bloc, coupled with an improvement in the Asian nations manufacturing and housing sector. Unemployment in the Euro zone inched down to 12.1% in October, easing off Septembers all-time record high 12.2%, while Canadas economy grew by 2.7% in the third quarter on an annual basis, the most in two years.

The agency said that the Asian country’s growth prospects, modest government indebtedness and strong net external asset position are key supportive factors for Beijing’s creditworthiness. These strengths offset some downsides such as reliance on direct administrative tools to manage the economy and restricted information flows.

“The stable outlook on the global scale long-term rating reflects our view that economic and political developments in the next two to three years are likely to support the rating,” Standard and Poor’s said.