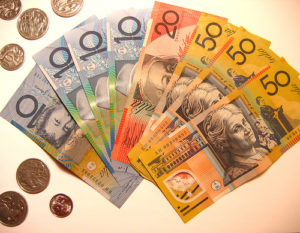 The Aussie advanced against its US counterpart on Thursday, after an increase in the Australian private sectors expenditures.

Earlier on Thursday, the Australian Bureau of Statistics, released a report on the private sectors new expenditures. The report surprisingly showed that capital expenditures rose 3.6% in the third quarter, confounding analysts forecasts of a 1.2% decline, after a downwardly revised 1.6% increase in the three months to June. The indicator is inflationary adjusted and represents the expected future economic activity, as the private sector expenditures indicate what the market conditions are at the moment. An increase in the value of this indicator, suggests a better outlook for the future economic activity, while a decrease in the value indicates worse expectations about economic activity.

A report by the Housing Industry Association (HIA) indicated that new home sales in Australia fell 3.8% in October compared to September, following a 6.4% increase during the previous month. This report, however, seemed to have a limited impact on the exchange rate of AUD/USD pair.

According to the Organization for Economic Cooperation and Development (OECD) measure, which tracks purchasing-power parity, the Australian dollar was 25 percent overvalued.

Market players are keeping a close eye on the Australian dollar, after the Governor of Reserve Bank of Australia, Glenn Stevens, took a statement on November 21st at a forum of experts to mark next month’s 30th anniversary of the free float of Australia’s exchange rate. RBA Governor, cited by Bloomberg said: “While the benefits so far outweighed the costs, it doesn’t mean we will always eschew currency sales, in fact we remain open-minded on the issue.”