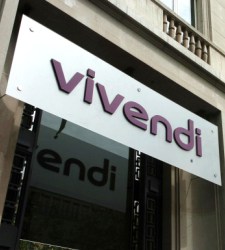 The French multinational mass media and telecommunication company Vivendi SA announced that its board approved a spin-off plan that is expected to be executed over the next year. Moreover, the companys board also chose the leaders, who are supposed to be dealing with the remaining assets in order to turn the company into a smaller but more media-focused one. The current vice chairman – Vincent Bolloré, who became one thanks to the fact he managed to amass a 5% stake in September, is supposed to become the companys chairman after the spin-off. Arnaud du Puyfontaine, who is the executive of Hearst Corp., is planned to become senior executive vice president of media and content activities and also CEO under Mr. Bolloré at the time when the spin-off is over.

At the moment, Vivendi is actually halfway through these severe changes, just like SFR (Société française de radiotéléphone), which is a French telecom business. The latter is trying to pay its debts back and also focus on its media assets, which even include a TV company. The goal is pretty much clear. The boards of both companies truly hope that after making the companies smaller, they will get a better stock market value.

The Vivendis board said: “In this way, Vivendi aims to become an international media group, bringing together strong brands in the production and distribution of original content.” The managers of the company are planning to come up with a special plan, which they are supposed to present to the employee representatives and the empowered regulatory authorities. They promised to present the plan before the Vivendis shareholders until next June.

In addition, the boards member hope that they will manage to put an end to the process of finding new company leaders thanks to the official appointments of Messers. Bolloré and du Puyfontaine. It should be noted that in September Mr. Bolloré entered the competition for the job in order to block another candidate. This, unfortunately, led to a conflict with the cahirman Jean-René Fourtoum over the right to point out the managers for the new entity of Vivendi.

Fortunately, the conflict was put down by pointing Mr. Bolloré as vice chairman, who is expected to become the chairman of the company after the spin-off process of SFR comes to an end.