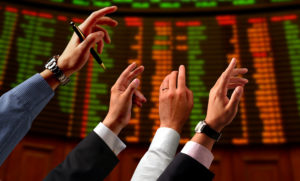 US stocks erased early morning gains in the final minutes of trading before close, causing main indexes to finish flat on Tuesday. The Nasdaq Composite Index topped 4,000 for first time in 13 years.

The S&P/Case-Shiller index indicated home prices in 20 US cities rose by the most since February 2006 in the 12 months through September. A Commerce Department report counted more applications for home construction issued in October than at any time in the past five years.

Meanwhile, confidence among US consumers unexpectedly declined in November to a seven-month low level as Americans became more pessimistic about the labor-market guidance.

Some analysts are skeptical about the Nasdaqs rise. Richard Bernstein, CEO of Richard Bernstein Advisors, which manages about $1.9 billion, said the Nasdaq has been lifted by huge gains of small number of stocks that cant materialize the profits to justify the share boost.

“The Nasdaqs very speculative,” he said. “I dont think we should be surprised that speculative stocks in an environment of very low interest rates have been doing very well.”

In corporate news, Apple jumped 1.8% to $533.40, the highest since beginning of the year. China Mobile Ltd.’s selling of iPhone would increase Apple’s 2014 earnings estimates, according to Peter Misek, an analyst with Jefferies LLC.

Tiffany rallied 8.7% to a record $88.02 for the biggest advance in the S&P 500. The world’s second-largest largest luxury jewelry retailer’s profit climbed and it boosted its annual earnings forecast as the rising U.S. stock market gave wealthy consumers the confidence to snap up higher-priced merchandise.

Hewlett-Packard Co. slipped 0.9% to $25.09. After the market’s close, the company reported quarterly revenue and profit topping analysts’ estimates. The stock jumped 6.6% to $26.75 in after trading.