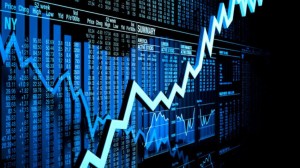 U.S. stocks dropped, sending the Standard & Poor’s 500 Index to a third day of losses, after analysis of minutes from the Federal Reserve signaled the central bank may reduce bond purchases in the coming months. On top of those news, investors are expecting positive economic data to be released this week which would only confirm their concerns over tapering of QE program.

“Weve also had a very, very good year, so this may be a decision-making point for those who have enjoyed a very good return in the equity market,” Paul Mangus, head of equity strategy and research for Wells Fargo Private Bank in Charlotte, North Carolina, said in a phone interview for Bloomberg. His firm manages $170 billion. “The minutes were a continuation of what the FOMC has been saying all along.”

Important jobs data is due to be released this week and would shed more light on current employment conditions in the country as well as affecting Feds decision of reducing stimulus bond purchases.

Inflation and existing-home sales data disappointed expectations. But strategists said those reports could support markets as they dont provide extra pressure for the Fed to tighten policy. The consumer-price index, a measure of inflation, fell 0.1%, while it was expected to remain unchanged. Excluding energy and food prices, it rose 0.1%, in line with forecasts.

Existing-home sales fell by more than expected, dropping 3.2% while a drop of 2.6% was predicted, another sign that rising interest rates are weighing on the housing recovery.

In corporate news, J.C. Penney gained 8.4% to $9.44. Chief Executive Officer Mike Ullman lifted up the department-store chain ahead of the holiday-shopping season. Revenue in the quarter ended November 2 fell 5.1% to $2.78 billion, less than the 27% drop in the same period last year. Gross margin, or the percentage of sales left after the cost of goods sold, will improve in the fourth quarter, J.C. Penney said.

Yahoo advanced 2.9% to $35.62. The company is returning more cash to shareholders as Chief Executive Officer Marissa Mayer seeks to revive growth. The company may also sell $1 billion in convertible debt maturing in 2018.

Lowe’s lost 6.2% to $47.33. Third-quarter earnings-per-share amounted to 47 cents, falling short of the 48 cents analysts had projected. The company also predicted full-year profit will be $2.15 a share, compared with the $2.19 analysts estimated.

Deere soared 2.9% after the farming-equipment maker beat analyst estimates for its fiscal fourth-quarter profit and sales.