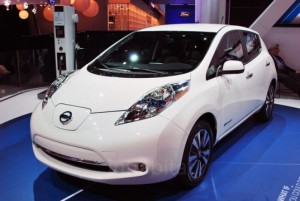 Carlos Ghosn, the CEO of Nissan and Renault confirmed today that both companies would push back by two to three years an initial target to sell a combined 1.5 million electric vehicles by March 2017.

While Nissan has moved back its EV target, it also said it would lift U.S. production of its all-electric Leaf, the worlds best-selling electric vehicle, after the price cut by around $6000 boosted sales in that market.

CEO Ghosn faced difficulties with recharging infrastructure, which he blamed as the key reason tripping electric vehicles popularity rather than any technical problems. According to the CEO that could pose an even more daunting challenge for fuel cell vehicles.

Both Toyota Motor Corp. and Honda Motor Co. plan to start selling fuel cell vehicles around 2015 which according to Ghosn is almost an impossible task to complete.

“Frankly, I dont know how they are going to do it, because knowing all the problems we have, to have a charging system with electricity, where is the hydrogen infrastructure?” Ghosn said.
“Thats why we have postponed, in a certain way, some of our ambitions in terms of fuel cells.”

Fuel-cell cars operate as chemically converting hydrogen to electricity to power the vehicle, emitting only water vapor as a waste product. Unlike electric vehicles which can be recharged from home as well as charging stations, fuel-cell cars need huge investments in refilling stations.

Tesla’s CEO Elon Musk slammed the hydrogen fuel-cell vehicles such as those being developed by Toyota Motor Corp. and Hyundai Motor Co. in October.

“There’s no way for it to be a workable technology,” Tesla’s chief executive officer said this week in Munich.

Unlike Tesla, the Japanese-based manufacturer is not rejecting fuel cell technology – it plans to bring one to market in 2017. But that would lag Toyota and Honda by two years.

But the high cost of hydrogen stations, at $6 million apiece, poses a major hurdle for fuel cell vehicles.

Toyota unveiled a fuel cell concept sedan at the Tokyo Motor Show on Wednesday with two hydrogen tanks and a driving range of 500 km. The car will sell for 5 million to 10 million yen ($50,000-100,000) when it goes on sale in 2015, said Satoshi Ogiso, a Toyota managing officer who was involved in developing the Prius hybrid. Honda is also showing a fuel cell concept car at the Los Angeles auto show this week.

Major car-maker companies around the world are investing billions to develop fuel-cell technology, and in order to limit the financial effects some have formed alliances such as the partnership between Renault and Nissan.

Nissan shares slightly declined in todays trade with 0.3% while delivering more than 26% for one full year. Renault slumped by 1.74% so far today while returning more than 78% for 1 year.