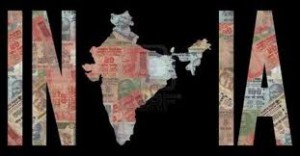 The so-called “balancing act” of the governor of the Indian Reserve Bank, Raghuram Rajan, made on 15-th of November states that the Reserve Bank will try to reduce demand without adversely affecting investments and supply. This probably will prolong the reaching of the desired lower rates of inflation in the Indian economy, but is a step in the right direction, according to Raghuram Rajan.

The governor of the Reserve Bank of India raised the repurchase rate for two consecutive months (September and October) by 0.25 basis points in an attempt to relieve the price pressure. Now the level of the repurchase rate reached 7.75 percent. Meanwhile, in October the RBI revised downwards its expectations about the Indian economic growth this year, until March 2014, from earlier 5.5 percent to 5 percent.

The other major pairs like EUR/USD and GBP/USD traded with little change. The euro was traded near to its more than a week highs and remained largely unchanged as the announcement for Euro zone current account surplus revealed surplus than actually was expected. The second pair GBP/USD also trades steadily after the decrease in home prices in UK. The latter can be seen in a report made by Rightmotive Plc., a British website property operator, revealed, that the average asking price for houses in the United Kingdom dropped 2.4% to reach 246 237 GBP in November compared to a month ago, after in October prices advanced 2.8%.