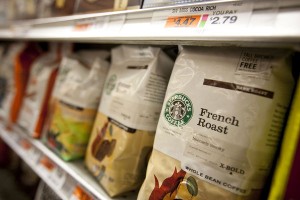 Starbucks must pay Kraft Foods $2.76 billion after it ended the companies deal at least three years earlier, the coffee chain said on Tuesday. Starbucks prematurely ended the contract in March 2011 and switched the business to privately held Acosta Inc.

An arbitrator ruled that Starbucks had to pay $2.23 billion in damages plus $527 million in other fees following a dispute which began in 2010 when Starbucks vowed to pull out of the deal under which Kraft sold its packaged coffee to supermarkets.

Kraft argued that Starbucks’ move was a breach of contract as it brakes the deal 3 years earlier. Kraft said it would pass the payment from the company to Mondelez, the renamed business from which it split off last year.

The payment was larger than Wall Street expected, but in line with the nearly $3 billion Kraft had been after, two analysts told Reuters. Also, based on the rules of binding arbitration, Starbucks cannot appeal.

“We strongly disagree with the arbitrators conclusion,” Starbucks said in a statement.

Starbucks has enough liquidity both in the form of cash on hand and available borrowing capacity to fund the payment, which will be booked as a charge to its fiscal 2013 operating expenses, the company said in a statement.

Starbucks has answered Kraft accusing retailer of multiple material breaches of contract, including mismanaging the brand. Kraft denied any breach and said that if Starbucks wanted out, it must pay Kraft fair value for the business, which brought in $500 million a year in revenue.

“Were pleased that the arbitrator validated our position that Starbucks breached our successful and long-standing contractual relationship without proper compensation,” Gerd Pleuhs, general counsel for Mondelez said in a statement.

Starbucks will discuss the ruling in a conference planned for today.

Mondelez said it would use the funds from the ruling to expand its $6 billion share buyback program, which it boosted by $4.8 billlion in August.