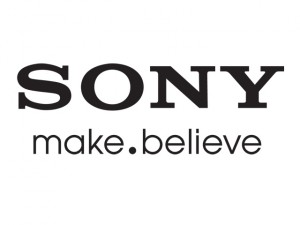 Sonys movie and music businesses have come under criticism from hedge-fund investor Daniel Loeb who called for a spin-off of entertainment division. The group has been falling back from its global competitors Samsung and Apple. In an attempt to reverse its fading fortunes, the company has launched several restructurings since 2005, when Howard Stringer was moved from the US division to head up the company, shedding staff and cutting production. However the changes made little or no impact to financial numbers.

“Sony’s electronics businesses have been worsening on weaker demand for many of its products,” said for Bloomberg, Koki Shiraishi, an analyst at SMBC Nikko Securities Inc. in Tokyo. “The TV market is mostly saturated while smartphones have eroded demand for digital cameras, camcorders and game players.”

The Japanese electronics firm said its net loss for the three months ended September 30 increased to 19.3 billion yen ($196 million) from a loss of 15.5 billion yen a year earlier. Analysts polled by Thomson Reuters had projected a net profit of 12.08 billion yen for the quarter. Operating profit declined 51% to 14.8 billion yen from 30.3 billion yen, even as revenue rose 11% to 1.78 trillion yen from 1.6 trillion yen. Without including the currency effect, Sony’s sales fell 9%.

Sony imaging solutions division recorded a operating loss of 2.3 billion yen comparing to the same quarter last year followed by 6.9% drop in sales and represents one of the leading reasons for the company to record a loss in profits. Game and Mobile divisions reported contracting of losses as sales are increasing with 5.1% and 39.3%, respectively.

The electronics giant cut its profit outlook by 40% from its August predictions as company expects a drop of 2.5% in sales and operating revenue.

Sony is also introducing the PlayStation 4 in the U.S. from Nov. 15, a week before Microsoft Corp.’s Xbox One would be available in stores. The Japanese company expects sales of the PS4, priced for U.S. consumers at $399, to reach 5 million units by March 31, compared with 3.55 million units sold in a similar period for the PS3. Sony’s first new console in seven years will probably outsell Xbox One, which is priced $100 on top, researcher IDC said.

In TVs, the company is promoting ultra-high-definition Bravia sets and is taking third place by market share. Sony’s revenue share of the flat-panel TV market rose to 8% in the three months ended June 30 from 5.2 % in the previous quarter, overtaking China’s TCL Corp. and Sharp Corp., according to DisplaySearch.

Sony shares slumped 1.73% before the release of corporate data while the company has been up 96% year-to-date. Japan’s benchmark Topix index added 39%.