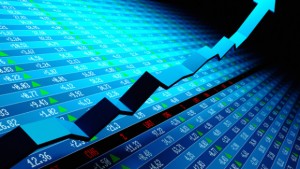 S&P 500 futures expiring in December added 0.1% to 1,760.5 at 8:31 a.m. in New York. The benchmark index has climbed in 12 of the past 14 sessions, taking gains this year to 24%, as companies beat estimates in the current earnings reporting season and investors speculated the Fed will maintain stimulus measures. Dow Jones Industrial Average contracts gained 3 points, or 0.1%, to 15,521 today.

“The market has traveled away, sentiment has got to fairly elevated levels, therefore to push these markets on requires some pretty positive earnings news to come through,” Mark Harris, a London-based fund manager at City Financial, which oversees about $1.2 billion, said in an interview today. “I don’t think there is any chance of them tightening,” he said, referring to the Fed. Nasdaq technology index added 0.1%.

The U.S. Department of Commerce released a report on September retail sales for of September which fell by 0.1% slightly missing estimates. Producer Price index also disappointed with a decrease of 0.1% comparing to August data. At 10 a.m. EDT, the U.S. Department of Commerce will report on business inventories for August, and economists expect growth of 0.4%, matching the prior month’s report. At the same time the Conference Board will report its consumer-confidence gauge for this month, and economists expect the reading to decline to 75 from 79.7 in September.

In corporate news, Apple Inc. is likely to be a market focus again after posting earnings ahead of expectations late Monday. The tech giant earned $8.26 per share last quarter, compared with $8.67 during the same period in the previous year. Analysts polled by FactSet were expecting per-share earnings of $7.92. Shares were up 0.5% premarket.

LinkedIn Corp. is likely to have earned 32 cents per share in the third quarter on revenue of $384.8 billion when the company reports after the close of trading.

Online review company Yelp Inc. is expected to have earned 7 cents a share in adjusted third-quarter earnings, on revenue of $59.4 billion.