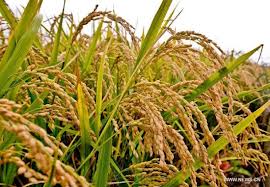 Grain futures were mixed on Tuesday after the USDA reported yesterday that field work in the U.S. picked up last week while corn and wheat condition remained relatively the same. Outlook for unfavorable weather in the U.S., South America and Europe however limited losses.

The U.S. Department of Agriculture reported on October 28 that the harvest accelerated by 14% to 77%, equaling the five-year average pace. During the comparable week a year earlier, farmers had reaped 86% of the crop.

Soybeans however drew support after data showed inspections for soybean exports rose by 40% to 83.6 million bushels from a week earlier, the highest since November 2009.

Corn fell to the lowest since 2010 after the USDA said in its weekly report yesterday that the corn harvest accelerated last week. As of the week ended October 27, 59% of the corn crop was reaped from 39% in the previous five-day period, compared to the five-year average of 62% and last years 91% during the comparable week.

Also pressuring corn prices, the USDA reported yesterday that 26.5 million bushels of U.S. corn were inspected for shipment in the week ended October 24, down 18% from a week earlier.

Carsten Fritsch, an analyst at Commerzbank AG in Frankfurt, said for Bloomberg: “It is above all the rapidly progressing harvest in the U.S. and the improving condition of plants still in the fields that are weighing on prices.” U.S. export figures for corn also have been “disappointing,” he added.

Losses were however limited as weather forecasts continued to call for unfavorable weather that would cause delays to field work. DTN reported on Monday that rain will likely delay or halt field work for most of the Midwest in the next few days. The agency predicted that conditions will turn more favorable during the weekend but forecasting models suggested more showers in the next six to ten days, supporting prices.

In northern Brazil, scattered showers will favor development of early planted crops, DTN said. In the southern areas, drier weather will improve conditions for field work but more rain is expected during the weekend. In central Argentina, more rainfall is needed to support corn planting in most major growing areas. A strong storm during the middle of the week will recharge soil moisture but might cause flooding, resulting in delays to field work, DTN reported.

The agency also said on Monday that rains and strong winds over France, England and Germany during the weekend will delay the harvest of late-summer crops and planting of winter crops. Strong winds also could damage and knock down any unharvested crops, especially corn in France, DTN said.

Wheat fell to the lowest since the end of September on Tuesday after the USDA reported planting of the winter U.S. crop accelerated and exceeded the five-year average.

Losses were however limited on outlook for unfavorable conditions in some major growing areas. DTN said on Monday that showers in the Southern Plains this week will slow field work but will recharge soil moisture. Prices also drew support on forecasts for storms across Argentinas wheat areas later in the week that may bring floods and delay field work.