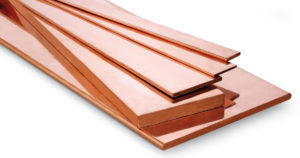 Copper futures swung between gains and losses on Thursday as investors weighed a faster than expected expansion of Chinas manufacturing sector against concerns over restrictive monetary policy as inflation picked up.

On the Comex division of the New York Mercantile Exchange, copper futures for settlement in December traded at $3.263 per pound at 8:33 GMT, down 0.14% on the day. Prices declined to a session low of $3.255, the weakest level since October 11, while days high stood at $3.281 per pound. The industrial metal plunged 1.9% on Wednesday, the most in two weeks, and extended its weekly decline to over 0.8% on Thursday.

Copper extended its fall on concern that a more restrictive monetary policy in China will curb the metals demand prospects in the worlds top consumer. Investors remained wary on speculations for monetary tightening after China’s money-market interest rates rose to the highest in three months on Wednesday. The People’s Bank of China refrained from injecting cash for a second day on concern that ample credit could fuel inflation after the National Bureau of Statistics reported that home prices in four major cities rose to the highest since January 2011, while consumer inflation gained at the fastest pace since February.

The U.S. Department of Labor reported on Tuesday that the U.S. economy added 148 000 jobs in September, sharply underperforming a median forecast of 93 economists surveyed by Bloomberg for a 180 000 surge. August’s reading received an upward revision to 193 000 payrolls from initially estimated at 169 000, signalling that the U.S. labor market lost momentum prior to the 16-day government shutdown.

Copper however drew support after a preliminary private gauge of China’s manufacturing expansion exceeded analysts’ expectations, supporting demand prospects in the world’s second-biggest consumer. The HSBC Flash China Manufacturing Purchasing Managers’ Index surged to a seven-month high of 50.9 in October, up from September’s final estimate of 50.2. The expansion was largely based on strong new orders. The report also showed that China’s Manufacturing Output Index rose to a six-month high of 51.0 from 50.2 in September. This comes after data by the National Bureau of Statistics showed earlier in the month that the Asian economy expanded at a faster pace in the third quarter from the previous one.

Hongbin Qu, Chief Economist, China & Co-Head of Asian Economic Research at HSBC, commented: “October’s HSBC Flash China Manufacturing PMI rose to a seven-month high of 50.9 on the back of broad-based modest improvements. This implies that China’s growth recovery is becoming consolidated into 4Q following the bottoming out in 3Q. This momentum is likely to continue in the coming months, creating favorable conditions for speeding up structural reforms.”

A weaker dollar also provided some support. The U.S. dollar fell to a two-year low against the euro on Thursday, allowing dollar-priced commodities to regain strength. Separately, the U.S. dollar index, which measures the greenback’s performance against six major counterparts, traded at at 79.28 at 8:35 GMT, down 0.08% on the day. The December contract plunged to a session low of 79.14, the weakest level since September 2012, while day’s high stood at 79.37. The U.S. currency gauge added less than 0.1% on Wednesday and extended its weekly decline to over 0.5% on Thursday. A weakening of the greenback makes dollar-priced commodities cheaper for foreign currency holders and boosts their appeal as an alternative investment.