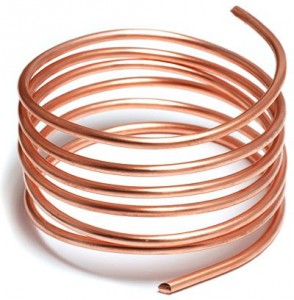 Copper continued to retreat on Wednesday after posting its biggest daily decline in three weeks on Tuesday amid growing concern that ongoing budget talks stalemate in the U.S. will hurt the largest economys fourth quarter growth.

On the Comex division of the New York Mercantile Exchange, copper futures for delivery in December fell by 0.12% to $3.270 per pound at 8:58 GMT. Prices held in range between days high at $3.282 and a one-week low of $3.249 per pound. The industrial metal plunged 1.5% on Tuesday, the biggest daily decline since September 12, and extended its weekly loss to 1.55% following Wednesdays retreat.

The partial U.S. government shutdown continued to weigh on the market and offset yesterdays data which showed expansion in the manufacturing sectors of China, the Euro zone and the U.S., the three biggest consumers of the metal. Hundreds of thousands of state employees were put on an unpaid leave after the U.S. budget talks stalemate remained unresolved. U.S. lawmakers were still in a deadlock after they failed to pass a budget for the 2014 fiscal year before the October 1 deadline. The White House said on its website that the shutdown could cost the U.S. economy $10 billion per week. It could also cut the U.S. fourth-quarter economic growth by as much as 1.4% due to lost output from furloughed workers.

Meanwhile, both parties still disagree over raising the nation’s debt limit, which would render the U.S. Treasury Department unable to borrow around October 17. According to the Congressional Budget Office, the U.S. won’t have enough money to pay all of its bills at some point between October 22 and October 31. Moody’s Investors Service warned that a failure to raise the debt ceiling would have a much worse impact on the financial markets than a government shutdown.

In economic news on Tuesday, a government report showed that China’s manufacturing sector expanded less than expected in September, indicating fragile growth. The Asian country’s official manufacturing PMI slightly increased to 51.1 in September from 51.0 in August, underperforming analysts’ expectations for a surge to 51.5. A day earlier, a private survey showed that the HSBC Purchasing Managers’ Index remained broadly unchanged from August’s 50.1 but underperformed both the preliminary reading and analysts’ expectations for a surge to 51.2. Nevertheless, this still marked an improvement after July’s 11-month low.

The overall Euro zone manufacturing activity also rose in September but trailed August’s pace. The single currency bloc’s manufacturing sector expanded for a third consecutive month and posted 51.1 in September following August’s 26-month high of 51.4. At 51.1, the seasonally adjusted Markit Eurozone Manufacturing PMI recorded a quarterly growth which put an end to the sector’s long running recession and signaled a modest rate of expansion. Recovery remained broad-based, with output rising in all nations except France and Greece.

Meanwhile in the U.S., the final Markit U.S. Manufacturing PMI met projections and the preliminary reading at 52.8 but retreated from August’s 53.1. The reading indicated that manufacturing business conditions improved modestly over the month.

At the same time the Institute for Supply Management said that manufacturing activity in the U.S. defied analysts’ projections and rose to 56.2. Economists expected a drop to 55.1 from August’s 55.7 reading. This was the highest reading since April 2011 and showed that factories were a source of strength for the U.S. economy prior to the federal government shutdown.

Bill O’Neill, a partner at Logic Advisors in Upper Saddle River, New Jersey, said for Bloomberg: “There’s a general selling of industrial commodities with the fear that a shutdown will hurt growth. These markets don’t have the traditional supply-and-demand fundamentals to give a lot of support right now, so people are focusing on the budget issue.”