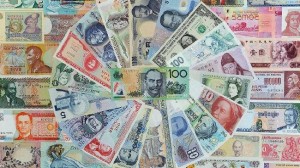 The Aussie soared against the US dollar on Tuesday, as Australian central bank reduced borrowing costs at its meeting in line with expectations and said that national currency remained strong.

Earlier today the Reserve Bank of Australia decided to reduce the benchmark interest rate by 0.25% to a new record low at 2.50% in consonance with projections. This cut was the second during this year, and was a continuation of the easing cycle, that began in November 2011, when the base interest rate was diminished from 4.75%. The central bank is struggling to stimulate growth in other sectors of Australian economy such as retail trade, manufacturing and construction, as the record investment boom in mining begins to fade. Country’s GDP was seen expanding by 2.5% during 2013 by a survey of experts, decelerating from a 3.6% gain in 2012.

Additionally, Australian House Price Index accelerated by 5.1% during Q2 this year compared to Q2 2012, exceeding preliminary estimates of a 3.0% increase, as in Q1 prices rose by 2.6%. During the second quarter of 2013 house prices rose by 2.4% compared to the first quarter, while in the preceding period prices recorded a 0.1% increase.

Also on trading Tuesday the Australian Bureau of Statistics reported that countrys trade balance registered a surplus at the amount of 0.602 billion AUD during June, after the 0.507 billion AUD in May, which was a revision down from 0.670 billion AUD previously. Junes result marked the fifth consecutive month of surplus. Experts had projected that in July there would be a wider trade surplus of 0.800 billion AUD. Import figure dropped by 1.5% in June, while export declined by 1.1%. Export of goods, excluding farming, dropped by 34 million AUD during June, as metal ore and minerals export decreased by 5%, because of the 10% drop in iron ore export, including export towards Australias first three largest trading partners – China, Japan and Korea.

In the mean time, the US dollar found support after on Monday the Institute for Supply Management (ISM) said that the index of activity in the sector of services in the United States rose to a reading of 56.0 in July, reaching a five-month high, significantly outstripping estimates of a value of 53.1, submitting a positive signal regarding economic situation in the country.

Australian currencys real exchange rate was still overvalued by between 5% to 15%, in spite of the recent declines, according to an International Monetary Fund report dated on June 20th and released this month.

Elsewhere, Australian dollar was trading higher against the euro as well, with EUR/AUD down by 0.67% to 1.4751.