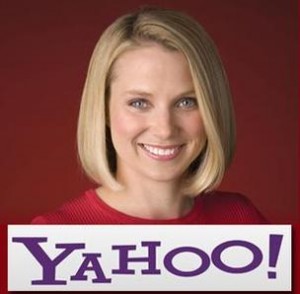 Marissa Mayer, the recently appointed Yahoos CEO still faces a challenge in convincing Wall Street that Yahoo, which has struggled to grow meaningfully traffic or ad revenues for years, has a potential for something more. Yahoos shares have gained more than 70% in the 12 months since Marissa Mayer was appointed as its chief executive. Her first significant move was the acquisition of the blog and social network site Tumblr accompanied by dozen other smaller acquisitions as she tries to attract new ideas.

The ex-Google executive restructured many of Yahoos important properties such as mail, weather app for iPhone and Flickr. She has returned hundreds of millions of dollars to shareholders through a stock repurchase program.

Despite sharp raise in share price in those two months, many analysts say there is no or little relation between the appointment of Ms Mayer and the positive numbers shown by Yahoo. Companys stakes in the Chinese commerce site, which owns the hugely popular Taobao online mall, and its joint venture with Japanese internet company SoftBank account for more than half of its stock market valuation.

“Outside observers see a new CEO and that the stock’s up a lot. People connect the two but they don’t have too much to do with each other in this instance,” says Brian Wieser, analyst at Pivotal Research. “The entirety of the value appreciation is due to the rapid growth of Alibaba and Yahoo Japan.” he added for Financial Times.

Analysts forecast a tough year for the internet giant as Yahoo is loosing market share within its core services as sports, news, finance and entertainment. Analysts from Susquehanna estimate a revenue growth of less than 1% this year. Adding to that the average age of Yahoo users is more than 45 demographic. Ms Mayer is trying to offset that tendency with welcoming fresh blood through acquisitions.

Flickr’s redesign and the addition of British news app Summly to Yahoo News, has been between the positive radical changes in just weeks or months, despite the organisational challenges of integrating acquisitions.

Ms Mayer’s deals have also worked to acquire intellectual property which will be used to customize its network of sites and services, by adding more value.

As many are skeptical of Yahoos future CEO Marissa Mayer need to step up in coming 12 to 24 months to develop the potential and money already put in creating new ideas.