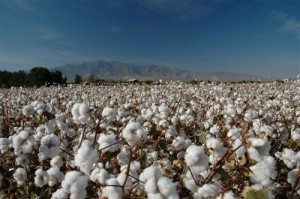 Soft futures were mixed on Wednesday with arabica coffee and sugar marking daily gains, while cotton and cocoa fell. Robusta coffee tumbled to lowest level since 17 months in London as rainfall is expected to stop, which will favor harvesting in Indonesias main growing area.

Meanwhile the robusta sort reached a 17-month low at $1 738 a ton as rainfall eased in Indonesias main growing region, Southern Sumatra, which will support harvesting.

Brokerage ABN Amro Markets U.K. Ltd., said by e-mail for Bloomberg: “As the markets head into new multi-year lows, the specs and funds just seem to have less excuse not to sell. Roasters, having priced and extended cover above, are now picking away at attractive levels but clearly without the ability to support prices. The pain is clearly to the downside with origin stops having been elected today.”

According to the International Coffee Organisation, the 2012-2013 arabica production in most countries will jump 5.7%, and robusta output will jump by 8.8%.

Cotton fell 0.24% on the day as planting in the worlds second largest cotton grower was boosted by monsoon rains after drought limited production the previous year.

A. Ramani, secretary of the Indian Cotton Federation said for Bloomberg: “The monsoon is fairly cooperative and the progress has been good. We should see a normal crop next year.”

Cotton gained 13% this year as global production is expected to slip 4.8% in the season starting August 1, while demand will increase by 2.3%, according to the International Cotton Advisory Committee. Dry weather has been hindering cotton crop developing in the biggest U.S. growing state, Texas. The U.S. Department of Agriculture said in its weekly crop progress report on Monday that 88% of the nation’s cotton crop was planted as of the week ending June 9, compared to 82% in the preceding week. However, this was lower than last year’s 95% during the same week and the five-year average 92% figure.