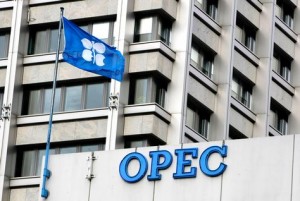 At OPECs meeting in Vienna on Friday, which was a factor for fluctuation in oil prices this week, members agreed to leave output policy unchanged and keep their quota of around 30 million barrels per day. The Organization of the Petroleum Exporting Countries came to an understanding that it should not change the pace of oil production as prices are holding around the organizations preferred level.

Earlier during the week OPEC representatives were saying in advance they will be attending a fast meeting. Ali al-Naimi, Saudi Arabias oil minister, said that current conditions keep markets in “good shape” and balanced and that “demand is great”.

OPEC members have settled for now, but the U.S. shale oil boom has lead to competition rivalry in Asian markets. The new hydraulic fracturing technique or “fracking”, which lead to the boom, is causing Nigeria and Algeria to lose market share in Asia, as they pump out oil with similar properties.

Nevertheless, OPEC members still think that the group will be able to pump out 30 million barrels per day , even if U.S. shale oil output grows at a moderate pace. Ali al-Naimi commented: “This is not the first time new sources of oil are discovered, dont forget history. There was oil from the North Sea and Brazil, so why is there so much talk about shale oil now?”

OPEC representatives said their main concern is oil demand and not competition. Rafael Ramirez, Venezuelas oil minister commented: “What we are concerned about is the demand side. The economic crisis in the European Union and the U.S. puts demand in some danger. We have a greater preoccupation with demand, than non-conventional oil.”

The organizations next scheduled meeting will be in December, when a new secretary general will be chosen. The candidates will be from Iran, Iraq and Saudi Arabia.