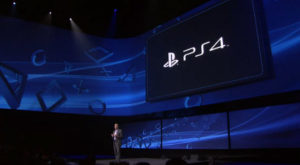 After todays announcements of latest companys earnings Sony forecasts operating profit to stay steady till March 2014. Last year Sony reached its highest in 5 years due to the weakening yen which boosted sales. The weak currency made Sonys products more pricely competitive in consumer electronics business. Sonys operating profit this year reached $2.33 billion which is around $200 million more than analyst predictions. Since this year Sony shares are up 82% compared to 32% rise of the benchmark index Nikkei 225 (the most widely used index of Japanese equities similar to Dow Jones industrial index).

The companys newest product Playstation 4 (PS4) is expected to be released sometime this winter before holidays of 2013. Sony took lots of criticsm for not presenting the new design of the most awaited gaming console. The CEO of the company Jack Tretton reassured that PS4 would be appreciated by the true gamer.Few weeks after his words were supported by companys exposition of the features and design of the console.
Sony are expected to step even further with new quality products such as the gaming console PS4 which usually is a significant boost to companys sales. Because of that analysts see a stable future for Sony at least for the next year.

One of Sonys competitors LG Electronics also recorded a big raise of 2.8% their biggest climb since beginning of last month. The company which got 22% of its revenue for last year of their plants in North America looks to be in a stable trend with a slight decrease of share price comparing to last year.