Skip to content
Home  »  Stock News   »   Capital One shares close lower on Tuesday, company appoints Ime Archibong and Craig Williams to its board 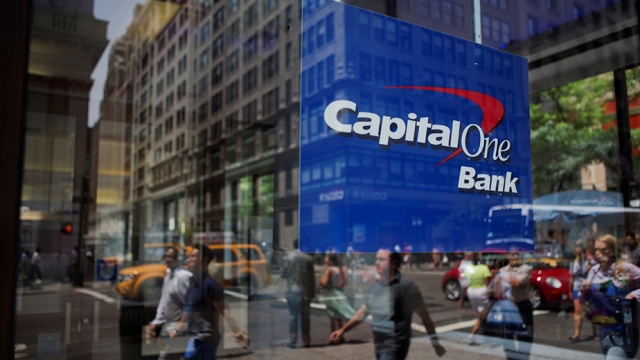 Capital One Financial Corp (COF) said on Tuesday that it had appointed two new members to its Board of Directors – Ime Archibong and Craig Williams, who will stand for election by Capital One shareholders in May.

Ime Archibong is Head of New Product Experimentation at Facebook. Previously, he served as Vice President of Product Partnerships at the social media company. Before joining Facebook, Archibong was in a number of roles at IBM, including as a software engineer working on storage systems.

“Ime’s product and partnership experience at a company that has billions of users and global reach has given him a broad understanding of the issues at the intersection of product, technology, data, and the customer experience. He brings unique perspectives to Capital One’s Board that span the technology landscape as well as his deep commitment to building community and helping people understand each other. I’m sure he will make a powerful impact on our company, especially as we continue Capital One’s technology and data transformation,” Richard Fairbank, Chairman and Chief Executive of Capital One, said in a statement.

Craig Williams has over 30 years of experience as head of international consumer brands, business operations and strategy. He is part of Nike Inc’s senior executive team, where he serves as President of Jordan Brand. Before joining Nike Inc, Williams was Senior Vice President of The Coca-Cola Co. as well as President of The McDonald’s Division (TMD) Worldwide.

“Craig’s great judgment has been honed by more than three decades of global experience in setting visions, building brands, and driving stellar results at some of the world’s most admired companies. He’s a seasoned business executive who was hand-picked to lead Jordan Brand, one of the world’s most iconic brands. Craig also leads with his heart as he focuses on creating inspirational opportunities to help young people worldwide reach their highest potential. Craig brings tremendous wisdom, creativity, and humanity to our Board, and we are thrilled to have him join us,” Capital One’s CEO said.