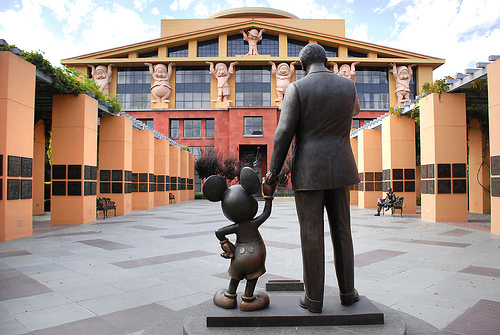 Despite the rising tension between China and the U.S., Wall Street stocks jump in premarket trading Wednesday. The reason for this is the hope for the recovery of businesses as companies begin to resume their activities.

Walt Disney Company is among the stocks that made the biggest moves in premarket trading Wednesday. The mass media and entertainment company’s shares gained 2.5% after it announced plans for reopening some of its smaller amusement parks.

On Wednesday, Disney World and SeaWorld Orlando are due to present their plans for the reopening of their amusement parks. The propositions should provide the dates when the parks are supposed to resume their regular activities. Although the plans are yet to be approved by the mayor’s committee and governor’s office, currently, there have not been any serious objections.

Disney World is deemed central Florida’s biggest employer, as the company has hired 77,000 workers. After the coronavirus pandemic, the amusement parks were forced to close down. This led to a profit decline of over 90% during the second quarter of 2020.

Last week, Disney World partially reopened its dining and shopping complex. Currently, workers and visitors have to comply with certain regulations, which include wearing masks, measuring body temperature when entering the parks and limiting the number of people who visit the amusement facilities.

Since investors are interested in the reopening plans of Disney World’s amusement parks in Orlando, the Walt Disney stock rose in premarket trading on Wednesday. We have yet to see, however, how will the company implement the safety rules for visitors in its amusement parks.