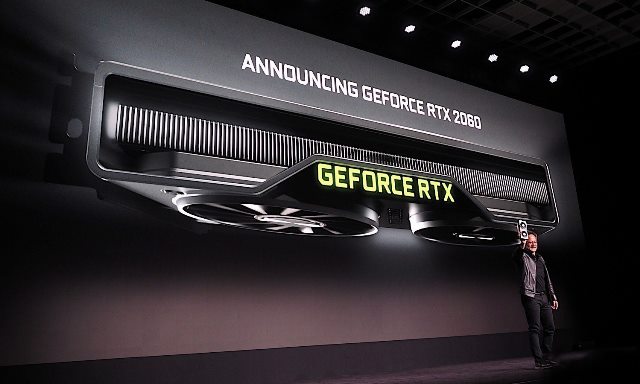 At an event over the weekend, NVIDIA Corp (NVDA) introduced the GeForce RTX 2060, its next-generation GPU, which offers exceptional performance on modern games and graphics enhanced by ray tracing and AI capabilities.

The GeForce RTX 2060, which will be priced at $349, is expected to deliver new levels of performance as well as features, which were previously available only in high-end gaming graphics cards.

The new GPU will be available worldwide on January 15th.

The RTX 2060 performs 60% faster on modern games compared to NVIDIAs GTX 1060, a popular GPU among gamers, and also delivers a better gameplay than the GeForce GTX 1070 Ti.

The GeForce RTX 2060 is capable of handling the compute-heavy workloads of modern games with greater efficiency due to a major upgrade of its core streaming multiprocessor. The graphics card also supports concurrent execution of floating point and integer operations, adaptive shading technology as well as a new unified memory architecture with twice the cache of the GTX 1060.

“Next-gen gaming starts today for tens of millions of gamers everywhere,” Jensen Huang, NVIDIA founder and Chief Executive Officer, said in a statement at the start of the CES tradeshow on Sunday.

“Desktop gamers are demanding, and the RTX 2060 sets a new standard — an unbeatable price, extraordinary performance and real-time ray tracing that blurs the distinction between movies and games. This is a great moment for gamers and our industry,” Huang added.

The same media also reported that 22 out of 37 surveyed investment analysts had rated NVIDIA Corporation’s stock as “Buy”, while 12 – as “Hold”. On the other hand, 1 analyst had recommended selling the stock.