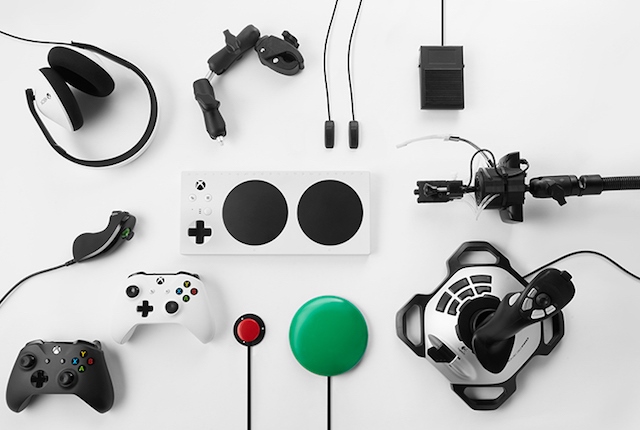 According to a report by the Wall Street Journal on Thursday, Microsoft Corporation (MSFT) is expected to reveal its Adaptive Controller, which will be compatible with Xbox One consoles and Windows 10 PCs.

In the week ended on May 13th the shares of the tech giant added 2.67% to their market value compared to a week ago, which marked the fourth gain out of five weeks. It has also been the best performance since the week ended on April 15th.

However, due to the recent string of losses, the stock has pared its advance to 2.84% so far during the current month, following a 2.47% surge in April. The latter has been the fifth gain out of seven months.

The accessibility-focused controller is to be priced at $99.99 and will be made available for purchase later in 2018, the Journal reported.

The rectangular controller will feature two large programmable buttons as well as 19 jacks, which users with disabilities can connect to a variety of peripherals such as joysticks, buttons, switches and foot pedals.

“For gamers with limited mobility, finding controller solutions to fit their individual needs has been challenging”, Microsoft Corp said in a statement.

“The solutions that exist today are often expensive, hard to find, or require significant technical skill to create. Our goal was to make the device as adaptable as possible, so gamers can create a setup that works for them in a way that is plug-and-play, extensible, and affordable.”

According to data by AbleGamers, more than 33 million users in North America, who play video games, have a disability of some type.

The same media also reported that 27 out of 35 surveyed investment analysts had rated Microsoft’s stock as “Buy”, while 6 – as “Hold”. On the other hand, 1 analyst had recommended selling the stock.