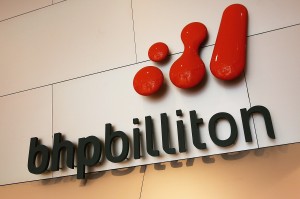 BHP Billiton, the worlds biggest miner by market value, announced on Tuesday an 86% drop in annual net profit but pledged to protect its progressive dividend policy.

The miner said that net profit tumbled 86% to $1.91 billion in the fiscal year ended June 30th, down from $13.83 billion a year earlier, as it took $2.9 billion in post-tax charges mainly on its US shale and Nickel West businesses.

Underlying attributable profit fell 52% to $6.42 billion, the worst in a decade, falling short of analysts projections for $7.73 billion from $13.26 billion for the previous financial year. On a statutory basis, pre-tax profit slid by 62% to $8.7 billion.

Like its peers, BHPs results have been weighed by plunging iron ore, cooper, coal and oil prices. Major miners have been hit by the commodity rout as they hiked output just as Chinas economy began to cool, and are being forced to extend cost cuts. A private report showed last week a further drop in manufacturing activity in China, the worlds top metals consumer, with the preliminary manufacturing Purchasing Managers’ Index sliding in August to a 77-month low of 47.1.

Still, BHP said it expects a better second half of the calendar year as it projects Chinas economy to expand by 7% this year despite the market volatility, adding that the government was managing the transition of the economy well.

Greeted by investors, the company reaffirmed its pledge to never cut its dividend and said it would give shareholders a final payout of $0.62 per share, boosting its full-year dividend by 2% to $1.24. To ensure its dividend strategy, BHP lowered its target for capital spending for the 2016 fiscal year to $8.5 billion from a previous guidance of $9 billion, and cut the 2017 ceiling to $7 billion.

“Our commitment to our progressive dividend is resolute,” said Chief Executive Andrew Mackenzie. “It has withstood many previous cycles and is a key differentiator relative to our peers.”

London-traded shares of the company jumped more than 6% on the news, paring a 9.2% decline on Monday that was part of a broad sell-off in the global commodity and stock markets on fears over Chinas economic health.

Mr. Mackenzie said BHP achieved $4.1 billion in cost cuts during the year as it sought to protect its investment grade rating, adding that the company was two years ahead of its previous guidance on boosting productivity and that it would generate even more savings during the current year.

“The success of our productivity initiatives generated strong cash flow which supported our dividend commitment, funded continued investment in growth and enabled a reduction in net debt, despite the dramatic fall in commodity prices. And while we recorded a sector-leading EBITDA margin of 50 per cent, we will cut costs further and exercise our growing capital flexibility to improve our competitiveness and support our progressive dividend policy through the cycle.”