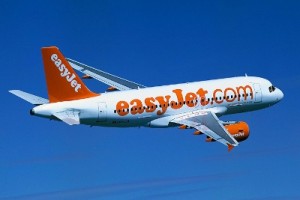 British low-cost airline easyJet Plc announced on Wednesday a smaller-than-expected drop in third-quarter revenue as more holiday traveling to the beach partially offset hurdles the company had warned about in a guidance released in May.

Europes second-biggest budget carrier said it achieved good commercial performance in the three months ended June 30th, with revenue per seat dropping 2.8% on a constant currency basis to £60.74 per seat which topped a May guidance for a 3% decline. On a reported basis, revenue per seat slid 5.4% to £59.08.

EasyJet attributed the drop largely to the French air traffic controllers strike in April and a reduction in capacity at Romes Fiumicino airport after a fire in May. The two events together accounted for 1 364 of the 1 463 flights cancelled in the quarter compared to a total of 648 flights cancelled during the comparable period a year earlier.

Still, the company said that the better-than-projected revenue per seat was driven by the successful implementation of management initiatives and higher demand for flights to southern European resorts from northern Europe in May and June.

Cost per seat including fuel dropped by 3.3%. The airline said that at current exchange rates and with jet fuel within a trading range of $550 to $750 per metric ton, its fuel bill for the 12 months ending September 30th 2015 will likely shrink by £100-£115 million compared to the previous financial year.

The company also projected an annual profit growth of between 7% and 14% for the fiscal year ended September, landing in the middle of analysts median forecasts for a 10% increase.

EasyJet warned that the current macro and operational environment remains uncertain due to the instability in Greece and the terrorist attack on tourists in Tunisia.