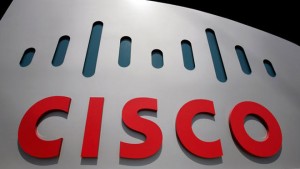 Cisco Systems Inc has named Chuck Robbins, a 17-year company veteran, as successor to John Chambers atop the network equipment maker, ending Mr. Chambers two-decade reign in the midst of the cloud boom.

Mr. Robbins, currently vice president of worldwide operations who has specialized in sales and relationships with business partners, will take the helm on July 26th, and has also been elected to Ciscos board of directors. Naming the companys next CEO took Ciscos board 16 months of consideration after Mr. Chambers announced plans to retire about three years ago.

Mr. Chambers, who joined the company in 1991 as the head of sales and became chief executive four years later, will assume the role of executive chairman on July 26th, while also continuing to serve as chairman of Ciscos board.

“Weve selected a very strong leader at a time when Cisco is in a very strong position,” said Mr. Chambers. “Our next CEO needs to thrive in a highly dynamic environment, to be capable of accelerating what is working very well for Cisco, and disrupting what needs to change. Chuck is unique in his ability to translate vision and strategy into world-class execution, bringing together teams and ecosystems to drive results.”

However, some analysts questioned whether the top management shift will actually change who is calling the shots. Mr. Chambers said he will devote a majority of his time at Cisco, supporting his successor, but “Mr. Robbins will be the CEO and will make the key calls”. Meanwhile, Mr. Robbins suggested he would do little to change the path laid out by his predecessor and promised to accelerate certain areas, a pledge of continuity greeted by other analysts.

Mr. Chambers two-decade tenure led a growth in annual revenue from $1.2 billion in 1995 to its current rate of $48 billion, with non-GAAP earnings per share having grown 3 000% during his lead. For a brief period in early 2000, Cisco topped Microsoft as the worlds most valuable company with a market capitalization of over $550 billion, but it lost more than three quarters of its value after the dotcom bubble burst. And even though shares have rallied by almost 30% over the last year, Ciscos market cap of nearly $150 billion remains just a fraction compared to the early 2000s as it faces an array of challenges.

Many customers are shifting from internally-operated computer systems to cloud services, while others are resorting to new types of software that reduce the need to buy switching hardware. In China, the Ciscos sales have been hit by suspicion to collaboration with US intelligent services, while in other markets, like equipment purchased by cable operators, the company trailed some of its competitors.

And although these challenges have not been reflected by the results for the fiscal half-year ended January, with profit surging 23% and revenue 4%, some investors have voiced preference for an outsider as next CEO, rather a company veteran who may be closely supervised by his predecessor.

However, board members defended their choice that followed an extensive search and defied broad expectations to name Robert Lloyd, president of development and sales, as next CEO. Technology chief Padmasree Warrior and chief operating officer Gary Moore were also among the internal candidates for the position.

“Chuck is clearly the leader for Ciscos future, and he has the unanimous support of the Board of Directors,” said Roderick C. McGeary, Cisco Board Director, Chair of the Compensation and Management Development Committee, and the lead of the search committee. “With John Chambers taking the role of Executive Chairman and Chuck Robbins taking the role of CEO, the board is very confident Cisco has the leadership to drive its success for the next chapter.”