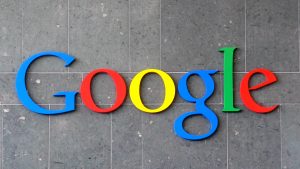 Google Inc announced on Tuesday that Chief Financial Officer Patrick Pichette is retiring, but is set to stay with the worlds largest online search engine until a replacement is found.

Mr. Pichette, 52 years old, is leavings the position after six and a half years and Google expects to find a suitable successor within six months. Mr. Pichette agreed to help with the search and aid the new addition through an “orderly transition, which will take some time,” Mr. Pichette wrote on his Google+ account.

Prior joining the internet giant the French-Canadian was with telecommunication operator Bell Canada, where he was for seven years and took various executive positions, including CFO. Many analysts favored Mr. Pichettes work at Google and he was often cited for the reason of more careful financial planning of the co-founders ambitious projects.

The technology giant has a long a diverse project list, including a self-driving car, a augmented reality mobile game, a network of balloons aimed at making the internet accessible from anywhere among more, and many analysts and investors have repeatedly requested more detailed information about the companys portfolio in order to make a better assessment of the entire company.

In addition to projects, shareholders are eager to receive more information about the company lucrative YouTube unit, including the video-streaming medias advertising business, which has grown very popular and is set to play an important role in Googles future.

“I will be retiring from Google to spend more time with my family. Yeah, I know youve heard that line before,” Mr. Pichette wrote.

Mr. Pichette is the latest of Silicon Valleys CFOs to announce he is parting ways with his company. During the past year Apple, Facebook and Amazon.com said they are switching CFOs, for one reason or another, but unlike Google, the technology giants named replacements immediately.

Since 2010 Mr. Pichette has sold around $55 million of Googles stock and still holds approximately 146 000 shares, which are valued at about $81 million based on the most recent price.