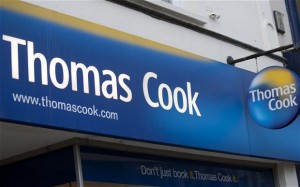 The largest private company in China said it had paid 125.75 pence a share or a total of £91.8 million for the Thomas Cook stake in, as it added another company of to its wide area of interests. Fosun recently purchased Frances Club Méditerranée and its exotic resorts.

The Chinese company is also set to acquire additional Thomas Cook shares over time via the open market in order to bring its total stake to 10%.

After the news of the agreement, which took two days to reach to, Thomas Cooks share jumped nearly 25%, also boosted by speculations that Fosun will purchase the entire company. However, Qian Jiannong, who is charge of Fosuns tourism unit, quickly shut down the theory and said that the company has “no plan to takeover Thomas Cook.”

Thomas Cook said that it will explore the possibility on joint operations with Fosuns other tourism-related businesses, including a close-working relationship with Club Med.

However, the deal will dilute the companys existing shareholders by around 5% but Thomas Cook expressed its confidence that the deal with Fosun will reflected in solid earnings growth in the fiscal 2016.

Under the strategic partnership the companies formed, Fosun will acquire an initial 30 “concept” hotels, located mainly in the Mediterranean, from independent owners and then let Thomas Cook operate the facilities. Currently, the company owns a “concept hotel portfolio of 220 units which are exclusive to the companys UK customers.

As a results from the move Thomas Cook expects to achieve higher margins, tighter management control, while also improving and expanding its “concept” hotel portfolio.

Additionally, the company would provide services to Chinese people who wish to spend their holidays in Europe or Russia. Fosun and Thomas Cook will also work to develop a strong presence in the Chinese leisure market.

“Fosun’s strong track record of value creation and focus on international tourism makes it the ideal partner to strengthen our brands and products.” said Thomas Cook Chairman Frank Meysman said in a statement.

According to the Financial Times, the 13 analysts offering 12-month price targets for Thomas Cook have a median target of £140.00, with a high estimate of £188.00 and a low estimate of £110.00. The median estimate represents a 16% increase from the last closing price.