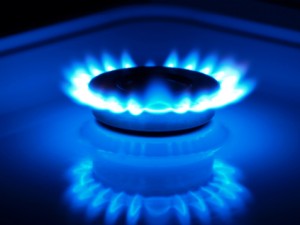 Natural gas posted minor gains on Friday but headed for a hefty weekly decline as a smaller-than-expected inventory decline added to bearish sentiment fanned by forecasts for a widespread warm-up across the US in the second week of March.

The Energy Information Administration reported yesterday that US natural gas stockpiles fell by 219 billion cubic feet in the seven days through February 20th, compared to the five-year average drop of 131 bcf, turning surpluses back into deficits. However, analysts had projected a larger decline of around 240 bcf. Stockpiles slid by 117 bcf during the comparable period a year earlier.

Total gas held in US storage amounted to 1.938 trillion cubic feet as of last week, 1.5% below the five-year average inventory level of 1.968 trillion, compared to a 2.8% surplus a week earlier. The surplus over the year-ago stockpiles of 1.362 trillion cubic feet narrowed to 42.3% from 45.8% the previous week.

Next week’s EIA report is also expected to show a draw well above the average of -115 bcf as last weekend and this week’s cold blasts across the majority of the US are taken into account. EIA data will likely show a decline of 220+ bcf on March 5th, expanding deficits to 100 – 150 bcf. An upcoming moderation in temperatures across large parts of the country, however, will warrant smaller withdrawals to follow.

According to NatGasWeather.com, natural gas demand in the US through March 5th will ease from very high to high, compared to normal, with a neutral weather trend for the West over the following seven days, while the central and eastern US remain cool. However, a warm-up is projected around March 9th.

The latest polar blast has gripped most of the central and eastern US, establishing temperatures of 15-35 degrees Fahrenheit below usual and inducing very strong heating demand. Snowfall accumulations across the central regions of the country, including northern Texas, will spread eastward during the weekend, reaching the Northeast through Monday.

The core of the coldest air situated over the Midwest and Northeast will keep overnight lows in the single digits and below zero throughout Friday, NatGasWeather.com reported, while the West also sees some cooling in the next few days.

Weather systems carrying rain, snow and below-freezing temperatures will continue to track across the US next week, keeping readings across the central, northern and eastern US slightly below normal. This means another week of stronger-than usual natural gas demand, which will be reflected in the EIAs March 12th inventory report.

According to AccuWeather.com, readings in New York on March 1st will range between 32 and 34 degrees Fahrenheit, compared to the average 31-45, and will shift between 26 and 38 degrees on March 5th. Highs are expected to reach 53 degrees on March 10th, 5 above usual. Temperatures in Chicago will bottom at 1 degree today, compared to the average 25, and will remain below usual through March 8th.

Down South, highs in Houston on March 2-3rd will peak at 79 degrees, 10 above normal, before easing to 61-62 degrees between March 5-8th. On the West Coast, Los Angeles will range between 51 and 64 degrees tomorrow, compared to the average 50-69, with warmer-than-usual weather forecast to set in as of March 6th.

According to Binary Tribune’s daily analysis, April natural gas futures’ central pivot point stands at $2.758. In case the contract penetrates the first resistance level $2.827 per million British thermal units, it will encounter next resistance $2.957. If breached, upside movement may attempt to advance to $3.026 per mBtu.

If the energy source drops below its first support level at $2.628 per mBtu, it will next see support at $2.559. If the second key support zone is breached, the power-station fuel’s downward movement may extend to $2.429 per mBtu.