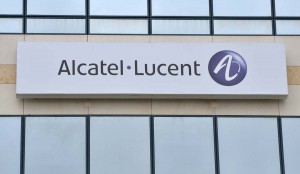 Alcatel-Lucent said gross margin increased 130 basis points to 34.7% in the quarter, partly due to €30 million in fixed-cost savings the company managed to achieve. In comparison analysts had expected a gross margin of 33.9%.

Meanwhile, adjusted operating income stood at €284 million or 7.7% of revenue in the fourth quarter, helping the full-year figure to reach €623 million or operating margin of 4.7%, compared to a 2% ratio in 2013.

Fourth-quarter sales came in at €3.7 billion, down 6% compared to the same period of 2013, but the figure was mirroring analysts projection.

The companys IP routing business reported a 15% year-over-year increase in revenue to €664 million, with double-digit growth in all regions.

Fourth-quarter performance came as good news for Chief Executive Michel Combes, who has been trying to focus on a small number of lucrative areas, like 4G technology and super high-speed internet, while disposing of some assets at the same time.

The company, which was forged by a merger deal between France’s Alcatel and the US’s Lucent Technologies in 2006, reported a negative free cash flow of €420 million in 2014, which compares with €657 million below the zero mark in the previous year.

The company has been trying to reach a positive figure since it was created, but never managed to do so. However, Mr. Combes once again assured that Alcatel-Lucent will generate positive free cash flow in 2015.

Mr. Combes is targeting a €1 billion reduction in fixed-costs, or more than 15% of the overall number, as a part of its three-year turnaround project dubbed “The Shift Plan”.

“The achievements we have made in our product portfolio and operational transformation make us confident we will reach our positive free cash flow target in 2015,” Mr. Combes said.

According to the Financial Times, the 20 analysts offering 12-month price targets for Alcatel-Lucent have a median target of €3.43, with a high estimate of €4.30 and a low estimate of €2.20. The median estimate represents a 8.41% increase from the last closing price.