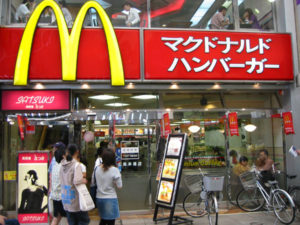 The Japanese division of the worlds largest fast-food restaurant chain booked a net loss of ¥21.84 billion for the twelve months ended December, versus the ¥5.14 billion in profit the company reported in 2013.

McDonalds Japans sales have suffered ever since it became known that one of its suppliers, China Shanghai Husi Food, a unit of US-based OSI Group, was intentionally selling tented meat to its clients, including Yum!, owner of KFC, Pizza Hut and Taco Bell.

Despite, the companys quick reaction to stop selling all products containing China-related meat, it had lost a lot of consumer confidence, which reflected in more than 10% decreases in sales in each month since July through the rest of the year.

Additionally, the company was linked to a series of different accidents, including a human tooth found in a consumers french fries and a piece of a chocolate sundae-making machine located in the desert.

“I would like to sincerely apologize once again for all of the great anxiety and concern that the recent reports of food related foreign objects have caused our customers,” Chief Executive Sarah L. Casanova said during a conference.

The company was also hit by a french fries shortage in December, when the company was forced to sell only small-sized portion of its potato products.

McDonalds Japan switched ports and started ordering shipments of frozen potatoes through US East Coast ports. The move was prompted after a prolonged dispute between around 20 000 workers and their employers at 29 West Coast ports resulted in major deliveries delays.