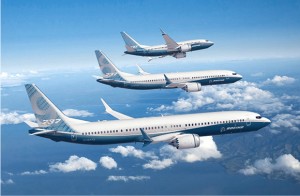 Boeing said it delivered 195 of its jetliners during the three months to December 31, 13% more than the last quarter of 2013. Deliveries were driven by high demand for the companys 737 twinjet narrow-body airliner.

According to a survey by Thomson Reuters, analysts had projected $2.11 earnings per share with a revenue of $23.93 billion.

“Strong operating performance in the final quarter of 2014 propelled us to some of our best-ever results and sealed a fifth consecutive year of core operating earnings growth,” said Chief Executive Officer Jim McNerney.

Despite sluggish growth of airplane traffic, caused by political reasons, Boeing managed to achieve strong results in both the last quarter and the past year.

For the full-year the company reported it had delivered 723 airplanes, more than rival Airbus and also better than the 648 units stated last year.

“For 2015, we will continue to build on our commercial airplanes market leadership, strengthening and repositioning our defense, space and security business and working to better meet the needs of our customers,” Mr. McNerney added.

However, revenue from Boeings defense, space and security division fell 14% to $7.59 billion.

According to the Financial Times, the 21 analysts offering 12-month price targets for Boeing have a median target of $155.00, with a high estimate of $175.00 and a low estimate of $101.00. The median estimate represents a 17.00% increase from the last close price.